A six-year-old boy who fell through ice into a lake in Solihull is still fighting for his life, as one of the three children who died was named locally.

One of those who died has been named as 10-year-old Jack Johnson, who has been described to Sky News as a “hero” because he went into the lake to try to save others.

The boys fell through the ice into Babbs Mill lake in the West Midlands along with a fourth boy, aged six, who remains in a critical condition in hospital.

He was pulled from the water by emergency crews, including a police officer who tried to punch through ice during the rescue efforts.

West Midlands Police said nobody else had been reported missing.

A friend of one of the boys who died told Sky News how the events unfolded.

Tommy Barnet, 10, said one of the boys got his legs stuck in the ice before his friends rushed over to help him, but they all fell in. 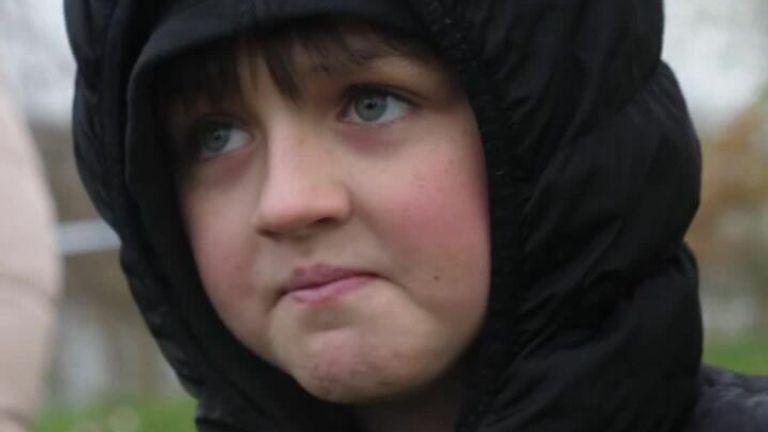 ‘They all fell in’ – friend on lake deaths

Tommy told Sky News: “They were all playing on the ice, one got their legs stuck in the ice and then… his friends went to go and save him, but they all fell in.

“When it was summer, we used to go in the woods and play hide and seek next to the lake. But I wasn’t here yesterday.”

“It’s so sad, I am upset,” Tommy said, as he described how the community was waiting to hear the names of the other boys involved.

“They want them [the police] to reveal more information about it just to make sure who it is.”

The four children were all in cardiac arrest when rescue teams pulled them out.

They were taken to hospital but police said three of them “could not be revived”.

Reports from the scene and social media videos indicate they were playing on the ice and fell through, the fire service said.

Members of the public and police officers initially went into the chilly waters to try to get the youngsters out, before the children were reached by specialist water rescue-trained firefighters who got the group to safety.

Temperatures are thought to have plunged to 1C (34F) in the area at the time of the incident, falling to minus 3C (26F) overnight.