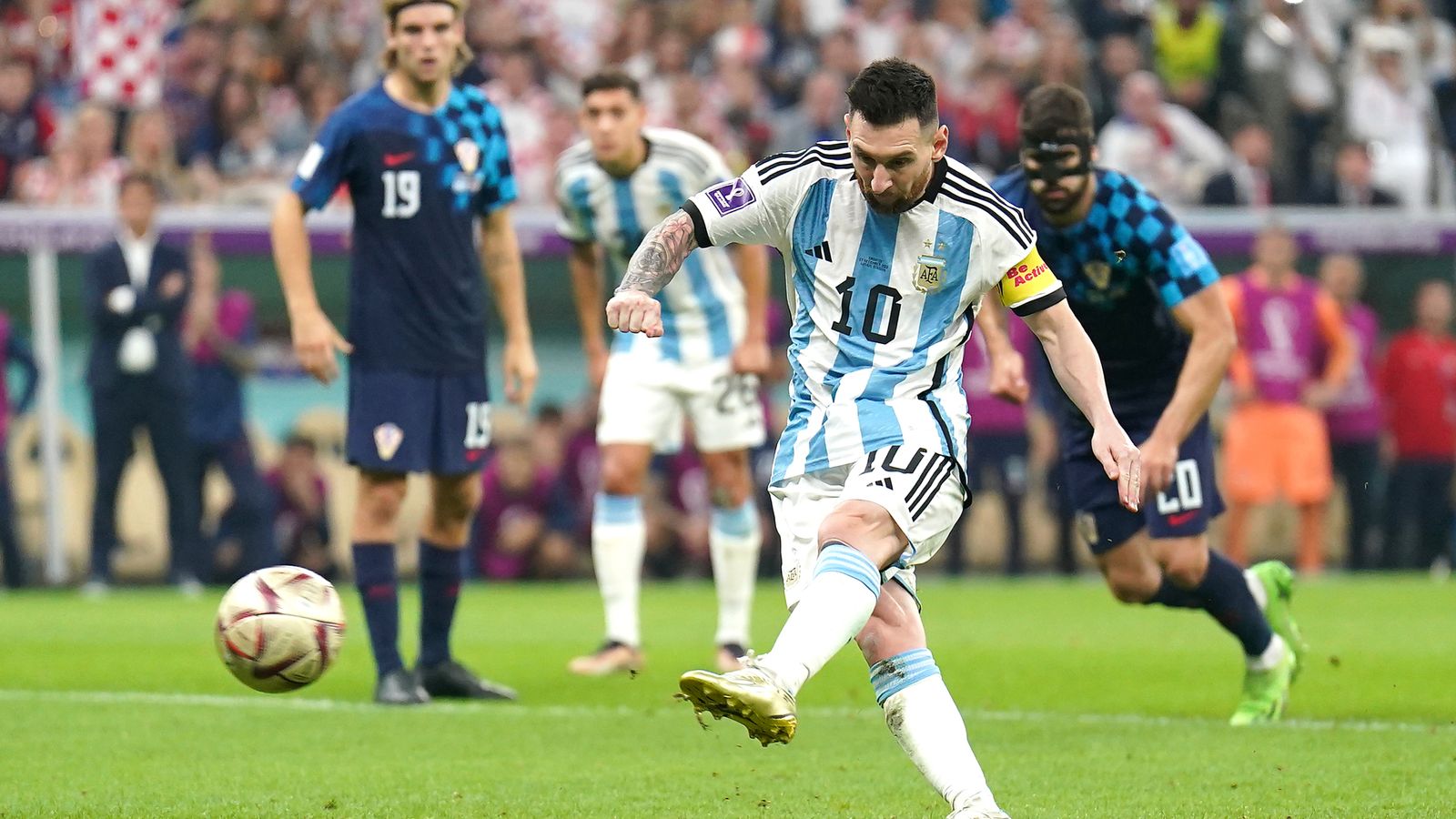 Argentina are through to the World Cup final after beating Croatia.

The South American side triumphed 3-0 over their semi-final opponents to progress to Sunday’s final, at the Lusail Stadium in Qatar.

They will face either France or Morocco, who are due to play their semi-final on Wednesday.

Argentina took the lead through a first half penalty from talisman Lionel Messi after a foul on Manchester City star Julian Alvarez.

Alvarez then tapped home Argentina’s second after a bursting run into the penalty area, which saw the ball twice deflect back into his path off Croatia’s defenders.

The pair combined once more for Argentina’s third goal, with Messi going on a sensational run down the right wing before cutting back to Alvarez for a tap in.

The semi-final win keeps alive Messi’s hopes of winning a World Cup – in what could yet be his last major international tournament with Argentina.

The star forward, 35, has won dozens of club trophies and personal awards throughout his stellar career, including the Copa America with Argentina last year.

But he is yet to add a World Cup winner’s medal to his collection. Argentina have won two World Cups in their history, in 1978 and 1986. Fans in Buenos Aires erupted in celebrations after Argentina’s opening goals against Croatia.

Argentina’s 2022 World Cup campaign got off to a terrible start when they lost to Saudi Arabia 2-1 in their opening group game.

But they have been in fine form since, beating Mexico and Poland to top Group C, before beating Australia in the round of 16 and then coming through a nail-biting penalty shoot-out against the Netherlands.