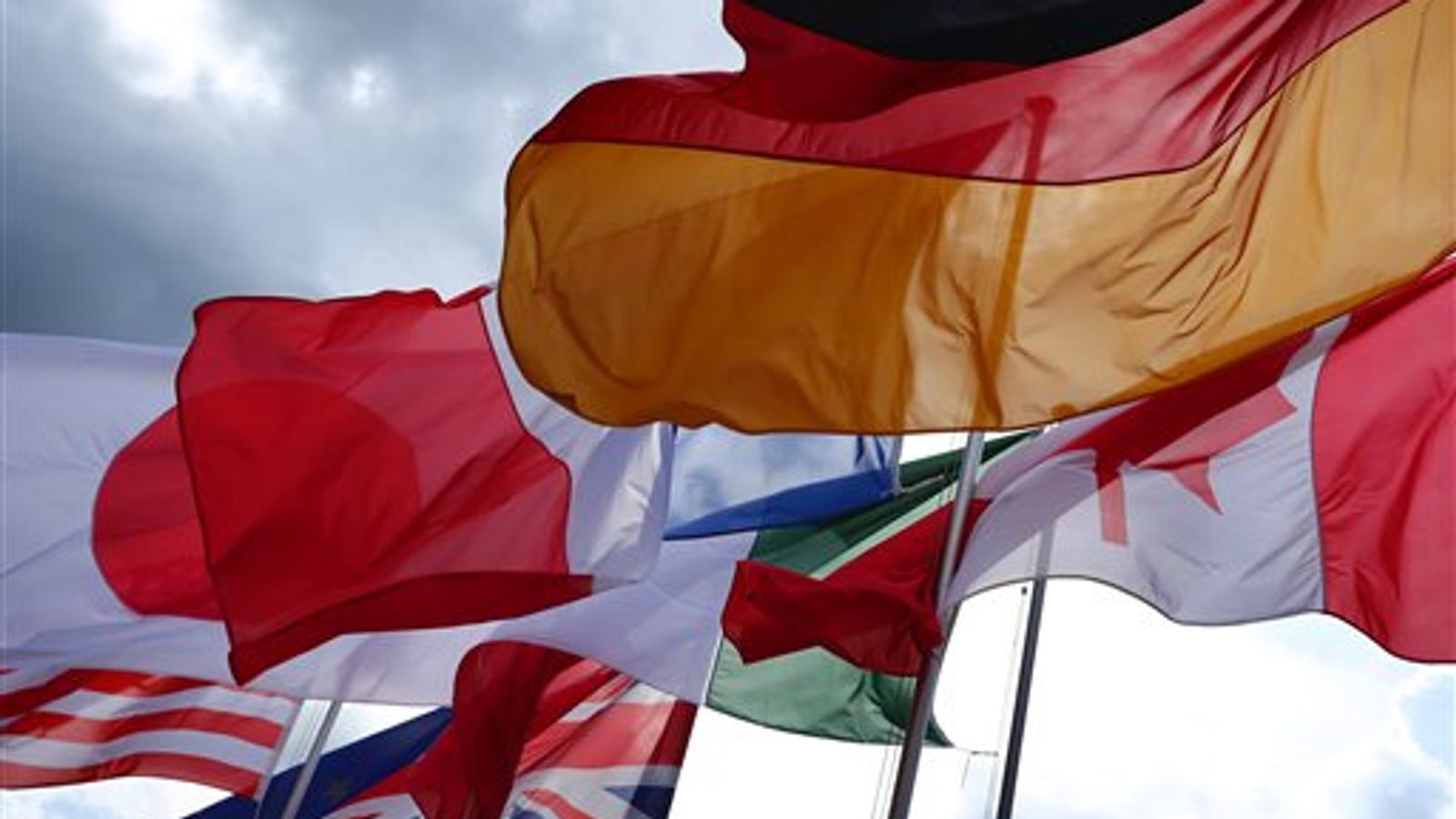 The UK economy is to suffer the biggest hit of all the G7 nations next year, a report has forecast.

The economy is to contract more than any of the other six countries that form the group of the world’s largest industrialised democracies, according to forecasts from the Organisation for Economic Cooperation and Development (OECD).

GDP, a measure of economic output, is to reduce 0.4% next year and grow 0.2% in 2024. This is better than previous OECD predictions which has been for the economy to remain static.

The only other G7 economy to contract next year is Germany‘s. which will experience a smaller contraction of 0.3%.

Growth will be small in the majority of the G7 nations. Italy’s GDP will grow 0.2%, the US will see 0.5%, France will experience 0.6% while Canada and Japan will see rises of 1% and 1.8% respectively.

Of the G20 countries the UK economy will perform the third worst, behind Russia and Sweden with 5.6% and 0.6% contractions respectively expected.

The untargeted nature of the scheme is the problem, the report said. Under the scheme, all domestic electricity users are to be paid £400 to reduce the impact of sky-high energy costs.

More targeted measures, directed to those most in need, would lower the overall cost to the state, and better-preserve incentives to save energy, and reduce the pressure on demand at a time of high inflation, the OECD said.

The rate of inflation rose to 10.1% in September, according to official figures, due to rising prices and the fallout from the mini-budget.

Numerous economic forecasts are echoed by the OECD, which said risks to the UK economy are considerable and “tilted towards the downside”.

Inflation will peak at around 10% late this year due to high energy prices and continuing labour and goods supply shortages, before gradually declining to 2.7% by the end of 2024, the report said.

Consumption is expected to slow due to the cost of living crisis, but this will be lessened by a planned 9.7% increase in the minimum wage and the usual uprating of welfare benefits and pensions in April next year.

Read more: Forecasts, though routinely wrong, are still worth listening to – analysis

There was a caveat attached, as the report said higher-than-expected goods and energy prices could weigh on consumption and further depress growth.

Equally a prolonged period of labour shortages could force businesses into a more permanent reduction of operating capacity or push up wage inflation up.

While the OECD said financial support measures are needed to help with high energy prices, there should also be incentives for energy reduction.

The government also came in for criticism over its action to reach net-zero emissions.

The policies in place are “not yet sufficient” to reach net-zero target, the report said. Accelerating progress towards net-zero is fundamental to enhance the UK’s energy security and reduce dependence on fossil fuels, the report added.

More investment can be driven by the government “being clearer about its approach to the transition to a net-zero economy and developing an economy-wide plan with specific deadlines, policies and priorities”.