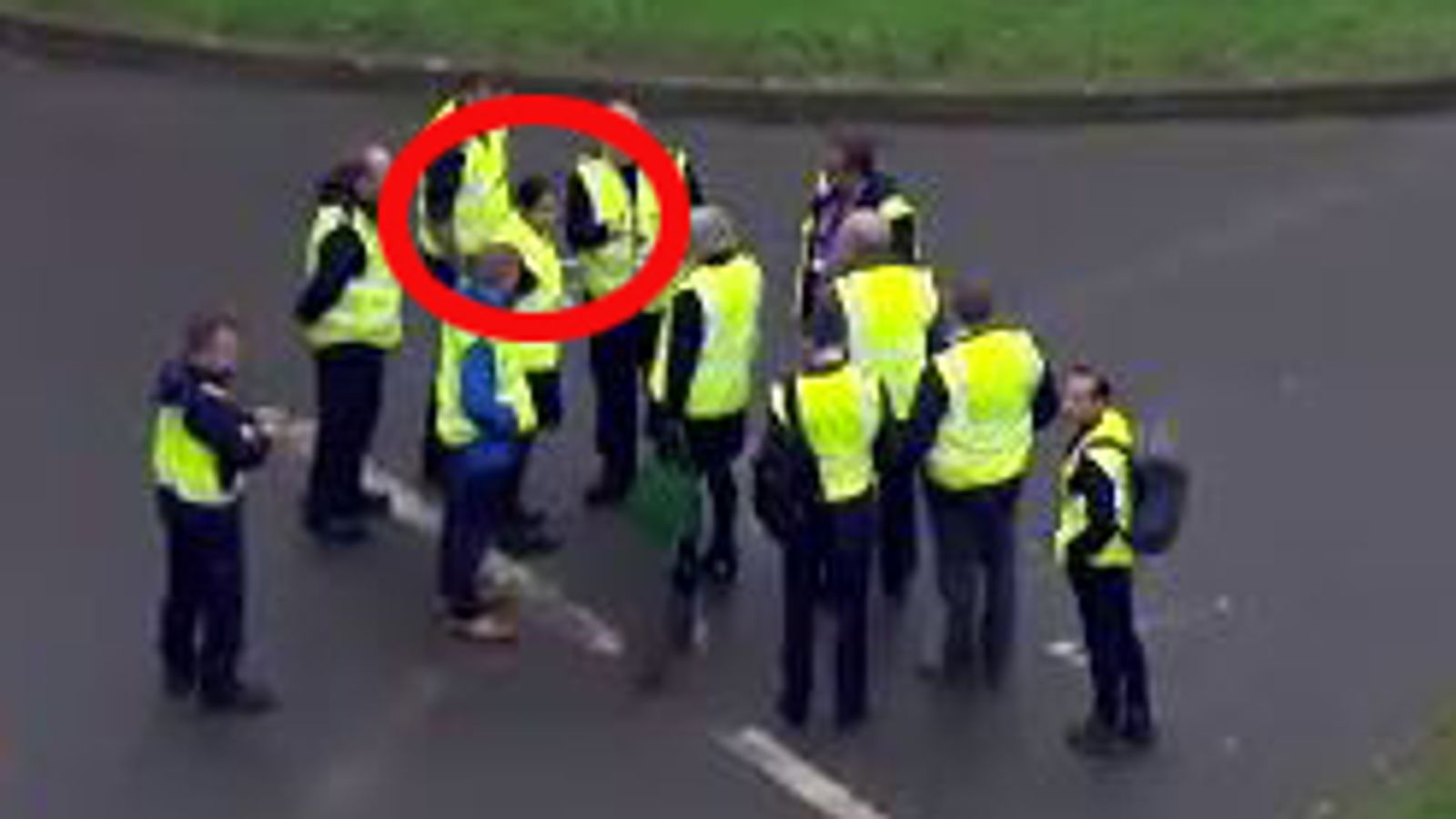 Suella Braverman has confirmed that steps are being taken to “immediately” improve the situation at Manston migration centre, according to the Home Office.

The department also confirmed that more than 1,000 people have been moved off the migrant processing site in the last five days.

Ms Braverman has been criticised over the conditions at Manston, which is designed to hold a maximum of 1,600 people, and they are meant to stay there for up to 24 hours while they undergo checks, but it has been used to house around 3,500 people for weeks.

The overcrowded immigration centre in Kent has become a symbol of the “broken” asylum system the home secretary is under increasing pressure to fix.

Speaking after her visit on Thursday, Ms Braverman said: “I have met with our expert teams who work tirelessly to save lives and protect the UK’s borders. I wanted to see first hand how we’re working to reduce the number of people in Manston, support people there, and thank staff for all their efforts.

“I am incredibly proud of the skill and dedication shown to tackle this challenging situation here on a daily basis. This is a complex and difficult situation, which we need to tackle on all fronts and look at innovative solutions.

“To break the business model of the people smugglers, we need to ensure that the illegal migration route across the Channel is ultimately rendered unviable.”

But the MP for Dover, Natalie Elphicke, said it was a “great pity” the home secretary did not meet local MPs and council leaders during her trip to Kent.

“The small boats crisis is not just in the migrant processing facilities, it is on our Kent beaches, schools, services and housing,” she said.

“It’s a great pity that the home secretary wasn’t able to meet with Kent MPs and Kent council leaders to discuss first hand the serious local impact of this issue which Kent leaders have described as at ‘breaking point’.” 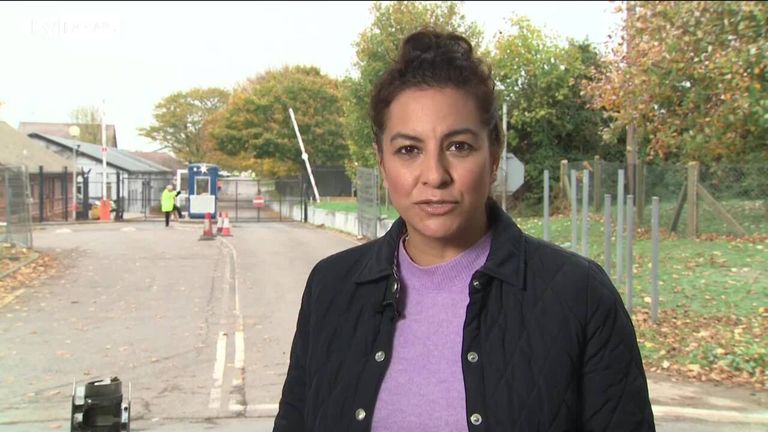 The home secretary met Border Force staff in Dover earlier on Thursday to discuss Channel crossings operations before travelling to the processing centre by military helicopter to speak to staff and receive an update on the overcrowding crisis.

She later left the centre in Manston after spending two hours on site.

A Home Office source said that Ms Braverman held a 45-minute question and answer session with staff at the centre which was “well received”.

The home secretary did not take questions from the media during the visit.

Downing Street later defended the home secretary’s use of a military helicopter to travel to Manston.

“The home secretary was in Dover to receive an update on operations on the ground. That obviously involved operations in the Channel. She travelled on a military aircraft to see the area of operations at sea,” a Number 10 spokesperson said.

Several hundred people were moved to Manston over the weekend after an attacker threw petrol bombs at the Western Jet Foil processing centre in Dover on Sunday.

Lawyers on behalf of charity Detention Action and a woman held at Manston are threatening legal action against the home secretary over the conditions.

The charity said an urgent pre-action letter, sent to the Home Office on Tuesday, represented the first action against Ms Braverman around the “unlawful treatment” of people held at the facility. Government minister Graham Stuart conceded earlier in the day that Manston was not operating legally and “none of us are comfortable with it”.

Asked whether he was happy that asylum seekers were being detained illegally, he told Sky News: “Obviously not. None of us are comfortable with it. We want it tackled, we want to get a grip, that’s exactly what the home secretary is focused on.”

Hundreds of people have been removed from Manston in recent days, with immigration minister Robert Jenrick expressing hope that it will return to being “legally compliant” soon.

He revealed to Sky News on Wednesday that the Home Office is facing a judicial review over the situation, but insisted that was “not unusual”.

The grim conditions at Manston were laid bare in a letter thrown by a young girl over the perimeter fence to a PA news agency photographer on Wednesday begging for help and comparing it to a “prison”.

The government found itself under further criticism last night after a group of asylum seekers were reportedly left at Victoria station in London without accommodation after being moved from Manston. 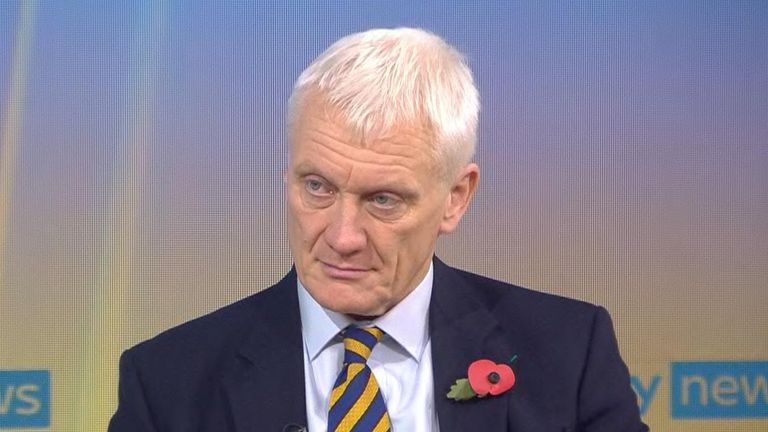 Minister ‘not happy’ with situation at Manston

Ms Braverman’s visit came after council chiefs across Kent warned the whole county is at “breaking point”, with concerns of far-right violence fuelled by the failure to control the number of people crossing the Channel in small boats.

Meanwhile, the PM’s spokeswoman did not deny reports that the government is trying to negotiate Rwanda-style deportation deals with countries such as Belize, Peru and Paraguay to reduce pressure on the system.

“We do plan to negotiate similar deals with other countries, akin to the Rwanda partnership, but it’s not helpful for us to comment on speculation around potential discussions,” she said.

The contentious Rwanda deal has been delayed by a number of legal challenges, but Ms Braverman is talking to at least three other countries about extending the locations in which asylum seekers could be deported to, according to the Daily Express.

Responding to the report, Eamon Courtenay, the foreign minister of Belize, tweeted that his country “is not in negotiations with the UK or any other country to accept migrants”.

He added: “We will not agree to accept exported migrants. That is inhumane and contrary to international law.” 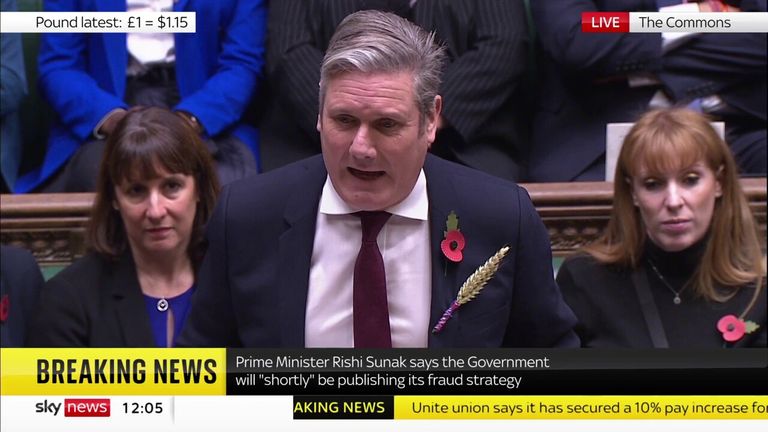 Ms Braverman has admitted herself that the asylum system is “broken” and singled Albanians out several times over the past week when discussing the rise in small boat crossings, which she referred to as an “invasion on our southern coast”.

On Wednesday, Edi Rama, the Albanian prime minister, accused Britain of becoming like a “madhouse” with a culture of “finding scapegoats” during a migration crisis in which “failed policies” are to blame.

Four parliamentary committee chiefs piled further pressure on the home secretary to explain how the government will get a grip on both the situation at Manston and the migrant crisis in general.

In a joint letter to Ms Braverman, the chairs of the Home Affairs Committee, Justice Committee, Joint Committee on Human Rights and Women and Equalities Committee expressed their “deep concerns” over the “dire” conditions at Manston, asking what will be done to address the current situation and avoid overcrowding in future.

While council chiefs in Kent have also written to the home secretary, urging her to stop using the county as an “easy fix”, and have warned they are under “disproportionate pressure” because of Kent’s location.

There are no more school spaces for local children in Year 7 and Year 9 due to the arrival of young refugees, they said.

Labour has accused the government of “losing control of our borders” and said 12 years of Tory leadership is to blame for the “broken system”.

Elon Musk claims Apple has threatened to remove the Twitter app
On Chinese social media, America is being blamed for the recent protests
‘If you touch my hair that’s abuse’: Charity boss tells of ‘violation’ during Palace exchange
China competing with West ‘will lead to clash’ and UK ‘has been asleep to threat for decades’
Tory MP Chris Skidmore to step down at next general election