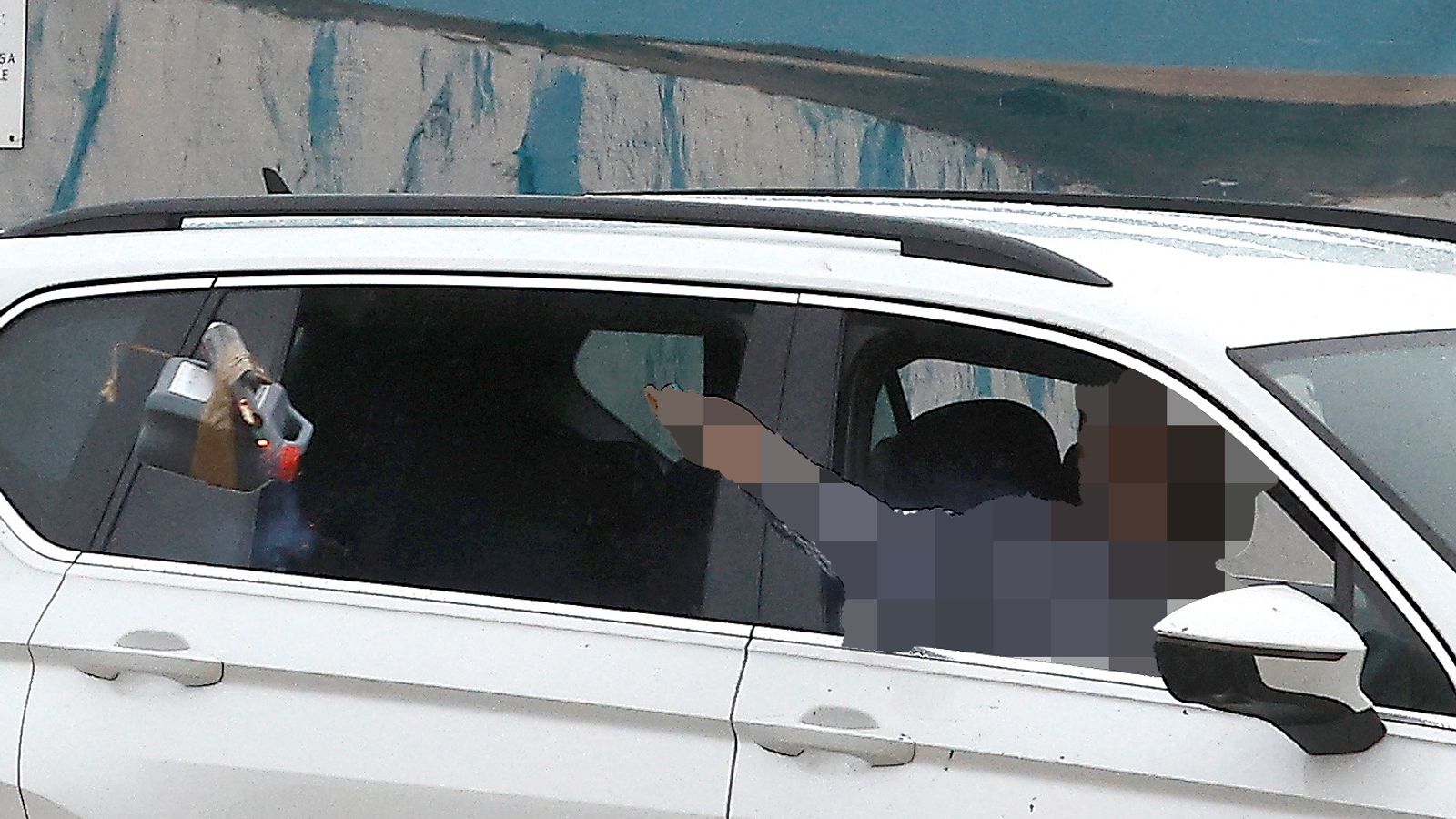 The suspect has been found dead after petrol bombs were thrown at a Border Force migrant centre in Dover, police have said.

Emergency crews were called to the site in Kent shortly after 11.20am after Reuters news agency – who had a photographer at the scene – reported that a man had thrown petrol bombs attached with fireworks at the centre.

The photographer captured the moment the man hurled the homemade bomb from the car window. The man was seen with a lighter in his hand as he threw the container towards the centre.

He then took his own life following the incident, the agency said.

Witness Brian Wood told Sky News he was about 200 metres away from the migrant centre and heard “three bangs” and saw smoke.

“Then I heard the alarms going and people yelling and shouting,” he added.

Kent Police said “two to three incendiary devices” were thrown at the centre by “a single suspect who arrived at the scene in a car”.

Two people suffered minor injuries and the suspect was later found dead at a nearby petrol station, the force added.

Officers found a further device in the suspect’s vehicle which has been confirmed safe, Kent Police said.

Around 700 suspected migrants have been moved from the site to Manston migrant processing centre in Kent “to ensure safety during the initial phase of the police investigation”, according to the force.

Earlier this week, an immigration watchdog said he was left “speechless” by conditions at Manston, and warned the site has already passed the point of being unsafe.

Chief inspector of borders and immigration, David Neal, told MPs on Wednesday that Manston was originally meant to hold between 1,000 and 1,600 people, but there were 2,800 at the site when he visited on Monday, with more arriving.

Home Secretary Suella Braverman described the incident in Dover as “distressing” and said she was “receiving regular updates” on the situation.

“My thoughts are with those affected, the tireless Home Office staff and police responding,” she added.

Immigration minister Robert Jenrick said he was also being kept up to date, tweeting: “Earlier today there was a serious incident at Dover.

“I am being kept regularly updated by the police.

“My sympathies are with those involved and my thanks and admiration are with Kent Police and Border Force officers as they go about their essential work to keep us safe.”

Labour’s shadow home secretary Yvette Cooper tweeted it was a “deeply shocking incident”, adding: “Thank you to the emergency services for responding. Thoughts with all those affected by this.”

Natalie Elphicke, the Conservative MP for Dover, said she was “deeply shocked”.

It comes as almost 1,000 migrants arrived in the UK yesterday, making the treacherous journey across the world’s busiest shipping lane and landing at Dover.