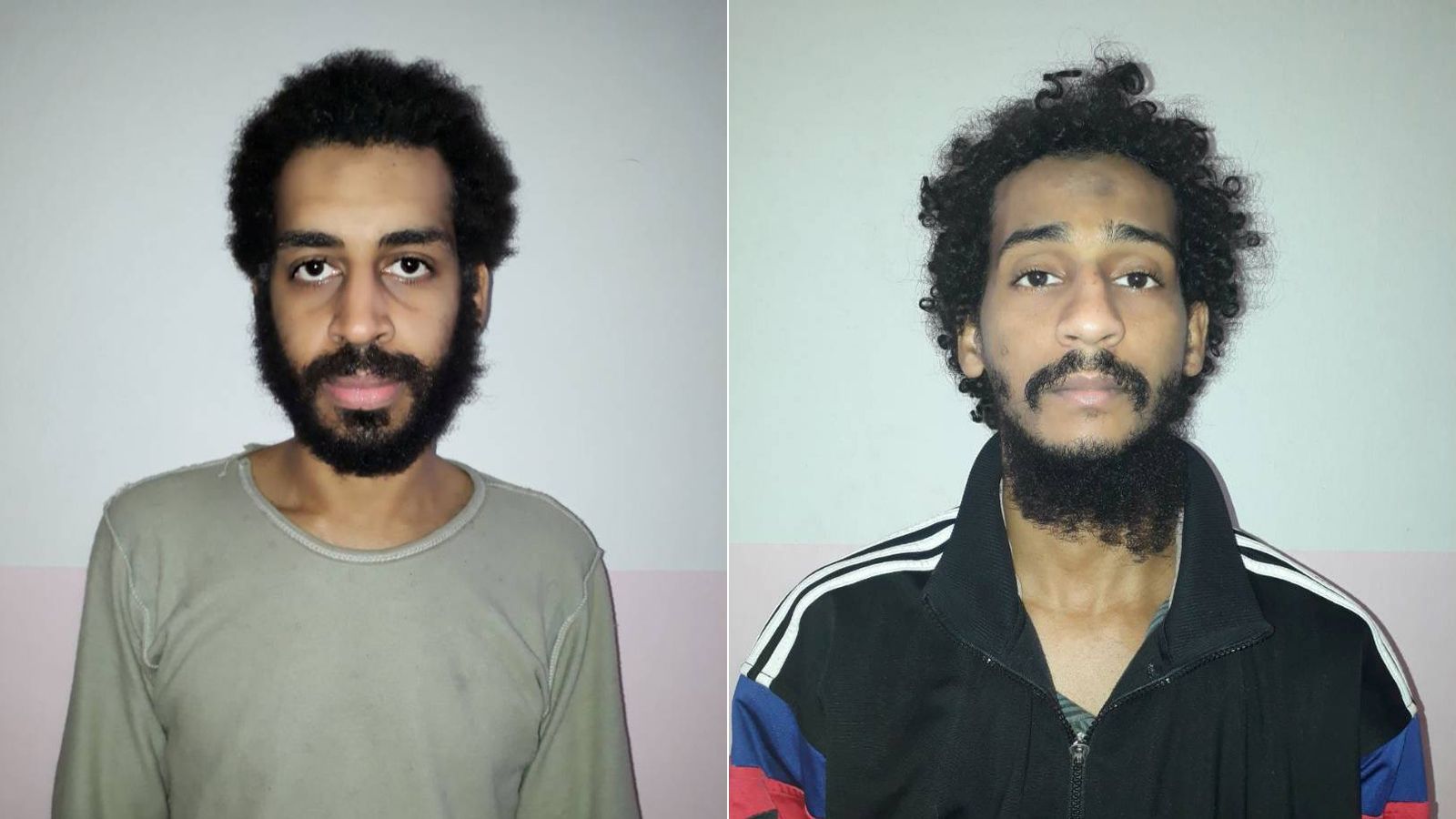 Freed hostages were able to give British police key information identifying an IS kidnap gang nicknamed “The Beatles” which had held and tortured them, Scotland Yard has revealed.

Officers have disclosed key breakthroughs that allowed them to identify the jihadis and bring two of them to trial in the US.

It included vital details from freed hostages that helped police identify the men on a march with a group linked to the radical group al-Muhajiroun, as well as the use of voice recognition software.

The group were nicknamed “The Beatles” by their hostages because of their British accents.

Mohammed Emwazi, known as Jihadi John, first featured in a video released by IS in 2014, showing a masked man with a British accent shooting a prisoner.

Police were able to locate tapes of police interviews with Emwazi in 2012 when he was questioned about a series of bicycle thefts and compare that with his voice in the execution.

An expert forensic voice analyst concluded there was a “very strong likelihood” the person in the video was Emwazi.

How officers built their case

Officers then started to narrow down the pool of other potential members of the group, ultimately leading them to identify Alexanda Kotey and El Shafee Elsheikh, both from west London.

Commander Richard Smith, head of Scotland Yard’s Counter-Terrorism Command, said police followed a “trail of very small breadcrumbs” and building the case was “like putting together very small pieces of a jigsaw”.

One piece of information emerged from the hostages they spoke to, which was “fairly unremarkable” to the hostage, but proved very significant to police.

It was the recollection of a conversation where one of the captors mentioned that he had been arrested at an English Defence League (EDL) march in London.

Based on that snippet of conversation, the investigation team was able to go back and identify a particular EDL march that took place in the capital on 11 September 2011.

It was a counter-demonstration against a march by Muslims Against Crusades to mark the 10th anniversary of 9/11, which began at the US embassy in Grosvenor Square.

There were a number of flashpoints around central London and around 6pm, police were called to the Tyburn pub in Marble Arch, where a stabbing had taken place and a number of men arrested on suspicion of involvement.

Records showed that two of those individuals were Kotey and Elsheikh.

“Both of the men ultimately were released without charge for that offence, but the information was invaluable in helping us to zero in on them as being the men the hostages had described to us,” said Commander Smith.

Read more:
IS ‘Beatles’ warn of more attacks in Europe in Sky News interview
James Foley’s mother asks for IS ‘Beatles’ not to be sent to Guantanamo
Brother of murdered British aid worker tells IS ‘Beatle’ killer: ‘I forgive you’

Pictures of guns and decapitated heads

The counter-terrorism command took the opportunity to review data from Kotey and Elsheikh’s phones, which had been seized at the time of the arrest, and they showed various messages between them.

They also found Elsheikh’s number saved on Emwazi’s phone, which had been downloaded when he was questioned over the bike thefts.

Another crucial piece of evidence linking Elsheikh directly to terrorist activity in Syria came after officers took a fresh look at evidence in an unrelated case.

In 2014, Elsheikh’s brother Khalid was arrested by Operation Trident, the Metropolitan Police anti-gangs unit, and a handgun was found at his address.

His mobile phone was seized and found to contain disturbing images that led them to contact the counter-terrorism command, who undertook a fuller examination.

Police discovered a number of Telegram messages between Elsheikh and his brother, showing Elsheikh was in Syria.

One showed Elsheikh in combat clothing and holding a firearm. Another showed a graphic picture of decapitated heads, with commentary from Elsheikh.

Following Kotey and Elsheikh’s detention in Syria, officers re-analysed the data using digital interrogation software, which had improved in the intervening years, and further material was discovered.

This included a voice message identified from someone they believed was Elsheikh, which was sent to his brother.

Officers then located a police interview tape with Elsheikh from 2009 and voice experts were able to compare the two recordings and conclude there was “very strong likelihood” that Elsheikh was the person in the voice note.

Last year, British police received authorisation from the attorney general for 139 charges against Kotey and Elsheikh, for charges including kidnap and murder, but they were already in the US.

The pair were stripped of their British citizenship following their capture by the Western-backed Syrian Democratic Forces in 2018 and sent to the US for prosecution.

Elsheikh, 33, faces sentence on Friday. Kotey, 38, was jailed for life in Virginia in April after admitting kidnap, conspiracy to murder and providing material support for terrorism.

A man suspected of being the fourth member of the Beatles terror cell was charged with terrorism offences after being deported to England by Turkish authorities last week.

Aine Lesley Junior Davis, 38, also from west London, was arrested on 10 August after arriving at Luton airport on a flight from Turkey.