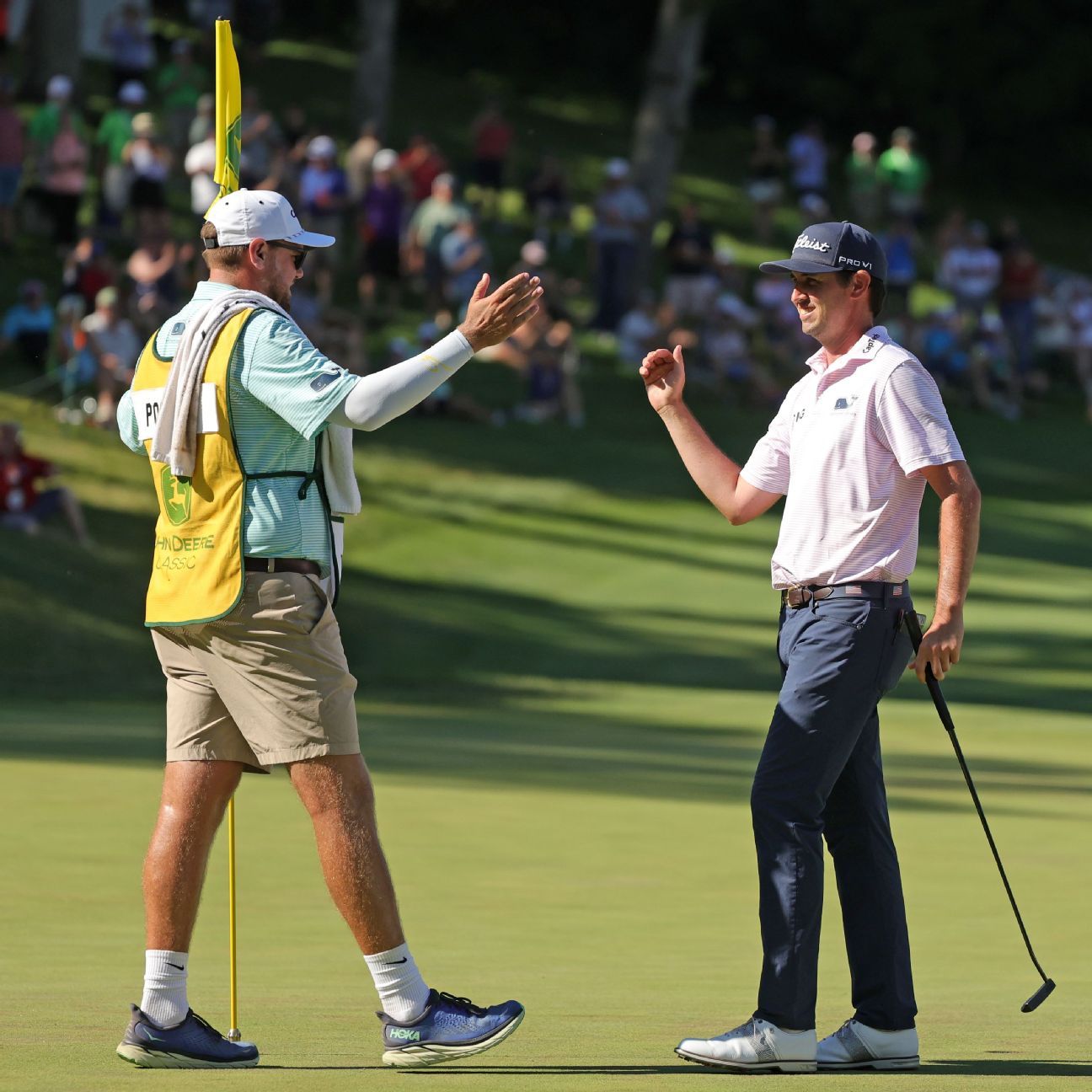 SILVIS, Ill. — J.T. Poston completed a wire-to-wire victory Sunday in the John Deere Classic for his second PGA Tour title and a spot in The Open Championship.

Three strokes ahead entering the day at TPC Deere Run, Poston closed with a 2-under 69 for a 3-stroke margin over fellow Open qualifiers Christiaan Bezuidenhout and Emiliano Grillo.

Christopher Gotterup, the former Rutgers player in the field on a sponsor exemption, had a 66 to tie for fourth at 17 under with Scott Stallings (70).

Poston birdied the first three holes, bogeyed Nos. 5 and 6 and parred the next 10. He made a 4-footer for birdie on the par-5 17th and parred the 18th.

The 29-year-old player from Hickory, North Carolina, won a week after tying for second in Connecticut in the Travelers Championship. He also won the 2019 Wyndham Championship.