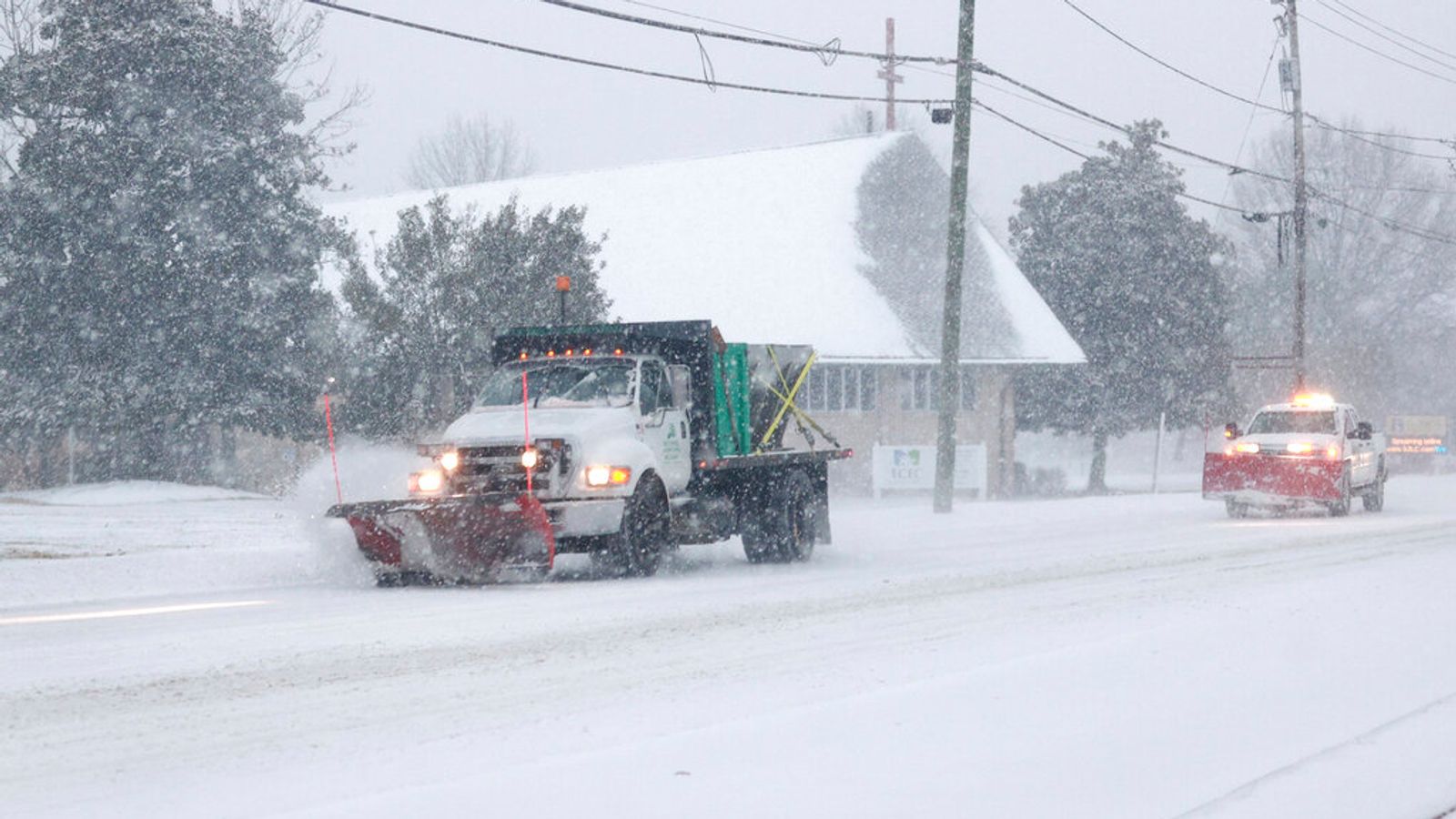 A storm has dumped as much as 15 inches of snow in parts of the southeastern US – cutting power for nearly 250,000 people, sparking a tornado and causing treacherous road conditions.

Highway patrols said there had been hundreds of accidents on icy roads, and Storm Izzy is now threatening the northeast.

More than 1,200 flights from North Carolina’s Charlotte Douglas International airport were cancelled on Sunday, according to the Flightaware tracking website.

The governors of Georgia, Virginia, and North and South Carolina declared state emergencies ahead of the extreme weather.

Electricity was cut to a quarter of a million people at one point, with North Carolina worst hit with 90,000 households disrupted, according to the poweroutage.us site.

Highway Patrol in the state said they had attended 300 crashes and received more than 800 calls for service. Two people died on Sunday when their car hit trees east of Raleigh.

The National Weather Service said it was on the ground for almost two miles and had a maximum width of 115 metres.

Edward Murray, 81, told the Naples Daily News the tornado picked up his home and tossed it on top of his neighbour’s.

“That’s my house that’s turned upside down,” he said.

‘I told the devil it’s not today’

“The tornado took me off my feet, blew me toward the east wall and buried me under the sink, refrigerator, kitchen chairs and everything else.”

The highest snowfall as of 11pm on Sunday was 15.5 inches (39.4cm) in Flat Rock, North Carolina, according to the National Weather Service.

Next in the firing line is the US northeast.

Snowfall of more than one inch an hour is possible along and just west of the Appalachian mountains on Monday, forecasters warn.

West Virginia, western parts of Pennsylvania and New York state, and high elevations of New England are all on alert.

14 children and one teacher killed in Texas primary school shooting
Long-awaited partygate report to be published – after deadline for any objections passes
Deadly heatwave made 30 times more likely by climate change, study finds
Who should panic, who should reset and who shouldn’t change a thing halfway through golf’s major season
BA-owner faces pay revolt over ‘excessive’ share award plan