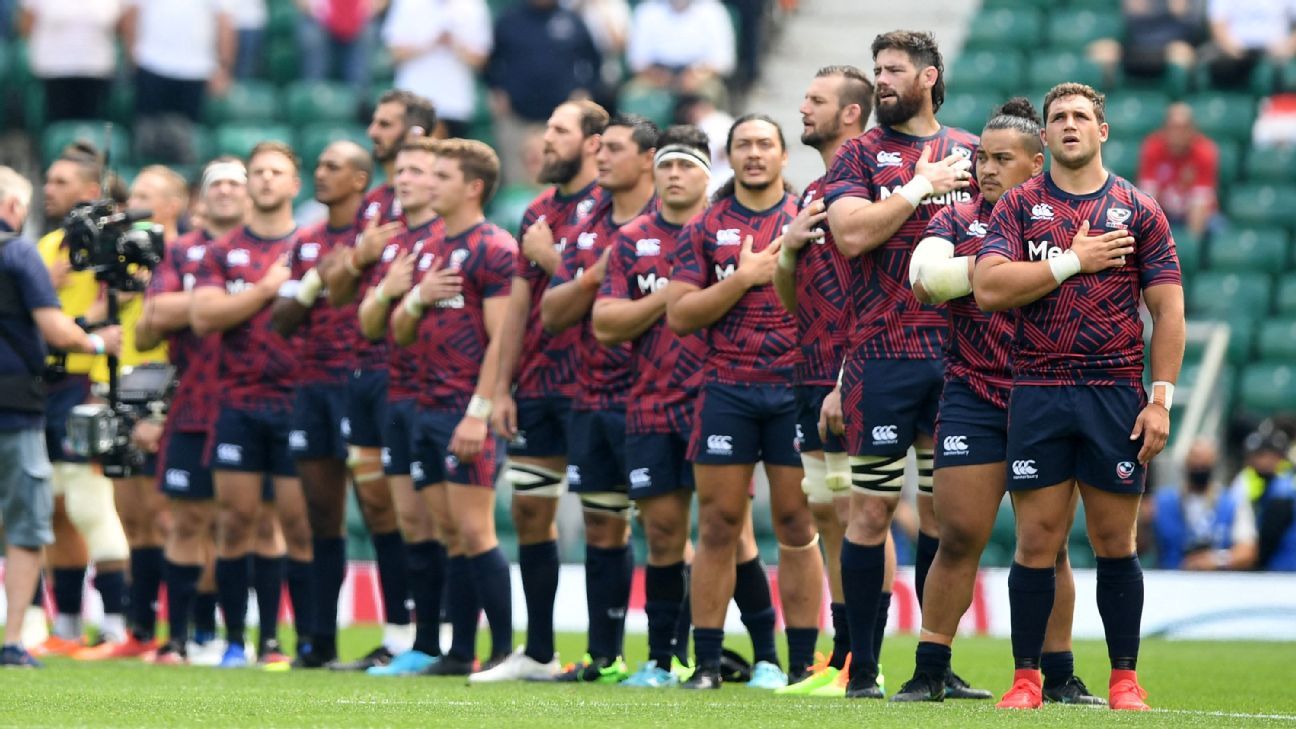 Bankruptcy, COVID and a World Cup qualifying loss to Uruguay does not conspire to cultivate a healthy launchpad for one of the toughest challenges in world rugby.

The All Blacks’ arrival in Washington D.C. this week, ahead of their money-spinning Test at FedEx Field, home of the Washington Football Team in Maryland, turns the spotlight on the game in the United States as they bid to host the 2027 or 2031 World Cups. The USA is also bidding for the women’s World Cup in 2029.

Gary Gold, as Springboks assistant coach, helped preside over five victories against the All Blacks between 2008-2011. Yet after coaching USA for the past four years, almost five, he’s fully aware of the daunting reality coming this weekend.

Gold’s USA team lost 34-15 to Uruguay on Oct. 10 after narrowly winning the first leg to miss securing World Cup qualification 50-34 on aggregate. That defeat dropped the USA to 17th in the world.

“It was massively disappointing,” Gold says. “From our point of view it was a setback, particularly after being in such a strong position following the home leg when we had a 19-point lead and we fluffed it.”

Since that match six leading USA players have returned to their European clubs, with the Test against the world No. 2 All Blacks falling outside the designated international window.

The last time the All Blacks ventured to the States to play the USA in 2014, New Zealand cantered to a 74-6 victory.

“It’s an unbelievably tremendous challenge,” Gold says. “It’s basically going to be all our MLR [Major League Rugby] based players so it’s going to be a big opportunity for us to see how far we’ve come as a group. These are the types of challenges we have to face, but it’s going to be a mammoth task, there’s no question.”

Some 18 months on the national team resumed training this June, but they have only played six matches, against England, Ireland, Canada and Uruguay, since losing all four pool games at the 2019 World Cup. Of those, USA won home fixtures against Canada and Uruguay but not by enough to attain entry to the 2023 World Cup.

“It probably took a year to go through the whole bankruptcy process. We’ve had a setback over the last couple of years, as so many people have, because of COVID,” Gold says.

“Bankruptcy hurt our union so we’ve had to try and get out of that and get more game time. It’s pretty tough at the moment but we’re doing a lot of work around our academies and the clubs are doing a good job with the MLR and trying to develop the game there, but we’ve got quite a long way to go.

“From a national point of view we need to be playing a lot more Test matches and staying together as a group as we try to improve and fire a shot at World Cups.

“It’s definitely been challenging times but now we’re more or less resuming to normality we’re hoping to get ourselves a lot more fixtures.”

Major League Rugby forms the backbone of the hope for future improvement. Entering its fifth season next year and now featuring 13 teams, increasing from seven in its inaugural 2018 year, with 12 sides from the United States and one Canadian team, MLR is the base from which USA Rugby must build.

Exposure is expanding with matches televised on CBS Sports Network, Fox Sports 1 and 2, among other national and local market platforms.

Matt Giteau, Adam Ashley-Cooper, Tendai Mtawarira, Mathieu Bastareaud, Andy Ellis and Ma’a Nonu are among a scattering of foreign talent that have featured in the league in recent years. In time, Gold hopes more will follow suit to pass on their skills.

“It allows our players to be playing and training in professional environments. Some good coaches have come over so some of the MLR clubs are starting to grow. It’s tracking slowly. It’s reasonably competitive. There’s a handful of foreign guys here which adds value for the local lads. I’m delighted they’re getting to play some regular footy. It will probably be a few years before we start to see the fruits of that.”

The immediate future for USA Rugby involves Gold predicting in excess of 50,000 fans flocking to FedEx Field this weekend to witness a likely one-sided showcase.

Next year is a critical juncture, with World Cup qualification again on the line in home and away fixtures against Chile.

Staging one of the world’s largest sporting events for the first time would, surely, expose a new generation of fans and, potentially, spark an influx of participants.

The USA has long been dubbed rugby’s ‘sleeping giant’. At this point, though, after emerging from a trying time, it remains firmly in snooze mode.