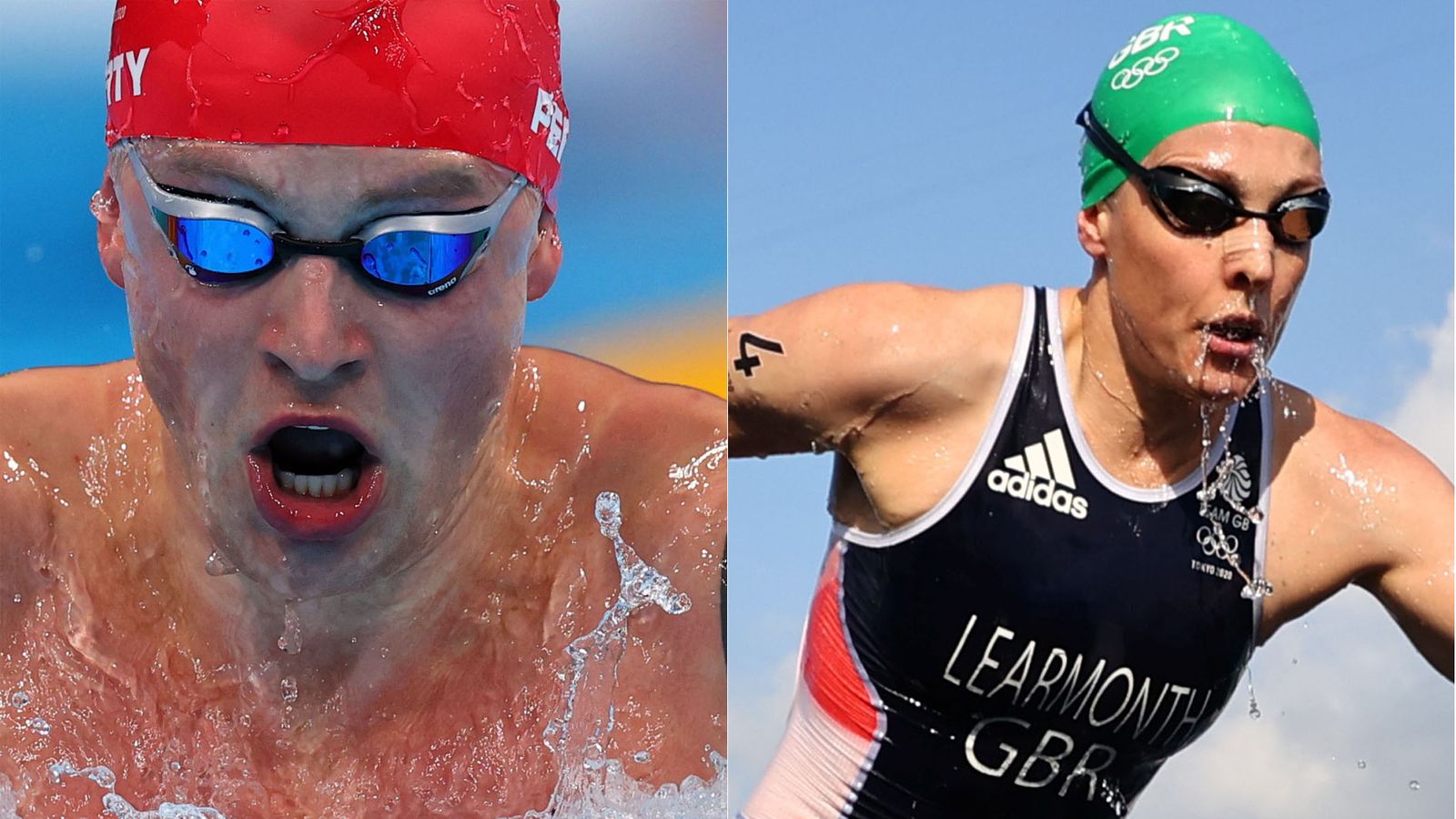 Team GB has won the gold medal in the 4x100m medley relay at the Tokyo Olympics.

Their stellar performance at the Tokyo Aquatics Centre is a new world record – coming in at three minutes, 37.58 seconds.

It comes as Team GB also won gold on Saturday in the first-ever mixed triathlon relay, and Emma Wilson won bronze in the RS:X windsurfing.

Great Britain’s win in the 4x100m medley is all the more remarkable considering Dawson slipped on the wall at the start of the race.

Team GB has now secured seven medals in the swimming at Tokyo 2020 – four gold, two silver, and one bronze – matching a tally last seen at the 1908 Olympics in London.

The 4x100m medley relay is a new event at the Games – featuring teams consisting of two women and two men.

Each team member swims a 100m leg in one the four main swimming strokes: backstroke, breaststroke, butterfly and freestyle.

Great Britain made a stunning comeback as the race unfolded – and when Peaty jumped into the pool, Team GB was in sixth place.

The breaststroke gold medallist pushed Team GB up to fourth with a time of 56.78 seconds – and the team went into first after Guy, who won his first gold in the 4x200m freestyle relay earlier this week, clocked 50 seconds in the butterfly.

There was a jubilant atmosphere in the aquatics centre after Hopkin completed the final leg in 52 seconds flat.

The medley relay has shaped up to be one of these most unpredictable events in the pool, with the frontrunners continually chopping and changing.

Dawson said after the race: “I had a little bit of an issue at the start. I couldn’t quite feel my hands and then somehow, I slipped when I went in – I wasn’t sure what I did when I did it!

“I managed to keep calm, focus on getting the best performance out of myself I could.”

The race also gave Peaty his second gold of the Games and means he now has four Olympic medals in all.

“I never thought I’d have four Olympic medals. It’s more inspiring to be part of this team than anything.”

Eirianedd Munro, Peaty’s partner, wrote on Instagram: “I’m in tears! What an incredible race. So proud!!!”

Earlier in the week Andy Guy, brother of James, spoke of his pride at the “best team swimmer ever” after James dropped his 100m butterfly to concentrate on the mixed medley relay.

After the race, he posted: “We did it Olympic gold medal & world record !! What a team.”

It was the second team medal for Team GB in the early hours of Saturday after Jess Learmonth, Jonny Brownlee, Georgia Taylor-Brown and Alex Yee secured first place in the mixed triathlon relay.

It was a decisive victory for Great Britain – finishing with a time of one hour, 23 minutes and 41 seconds.

The US secured silver, finishing 14 seconds later – while France picked up bronze and was 23 seconds behind.

Since triathlons were introduced to the Olympics in 2000, Britain has won eight medals – including three golds.

In the windsurfing RS:X, Team GB’s Wilson was edged into the bronze medal by Charline Picon of France, with China’s Yungxiu Lu winning the gold.

The trio entered the medal race knowing they would be on the podium, but Lu needed a top-four finish to clinch the gold, with Picon crossing the line first ahead of Wilson.

Wilson, 22, from Christchurch, Dorset, said: “Those conditions were so physical, I gave it everything and I’m super happy to get that medal. I just emptied my body out there, it’s amazing.

“I’ve come fourth so many times it means so much to finally get on the podium and to do it at the Olympics is great.”

Who are the key players in the Russia-Ukraine crisis?
The Sims adds top surgery scars and binders to character choices
Jury finds Musk, Tesla not liable in securities fraud trial following ‘funding secured’ tweets
Tech stocks just finished a five-week rally — the longest stretch since market peak in November 2021
‘It changed me’: The investigation into one of history’s worst space disasters – and its legacy