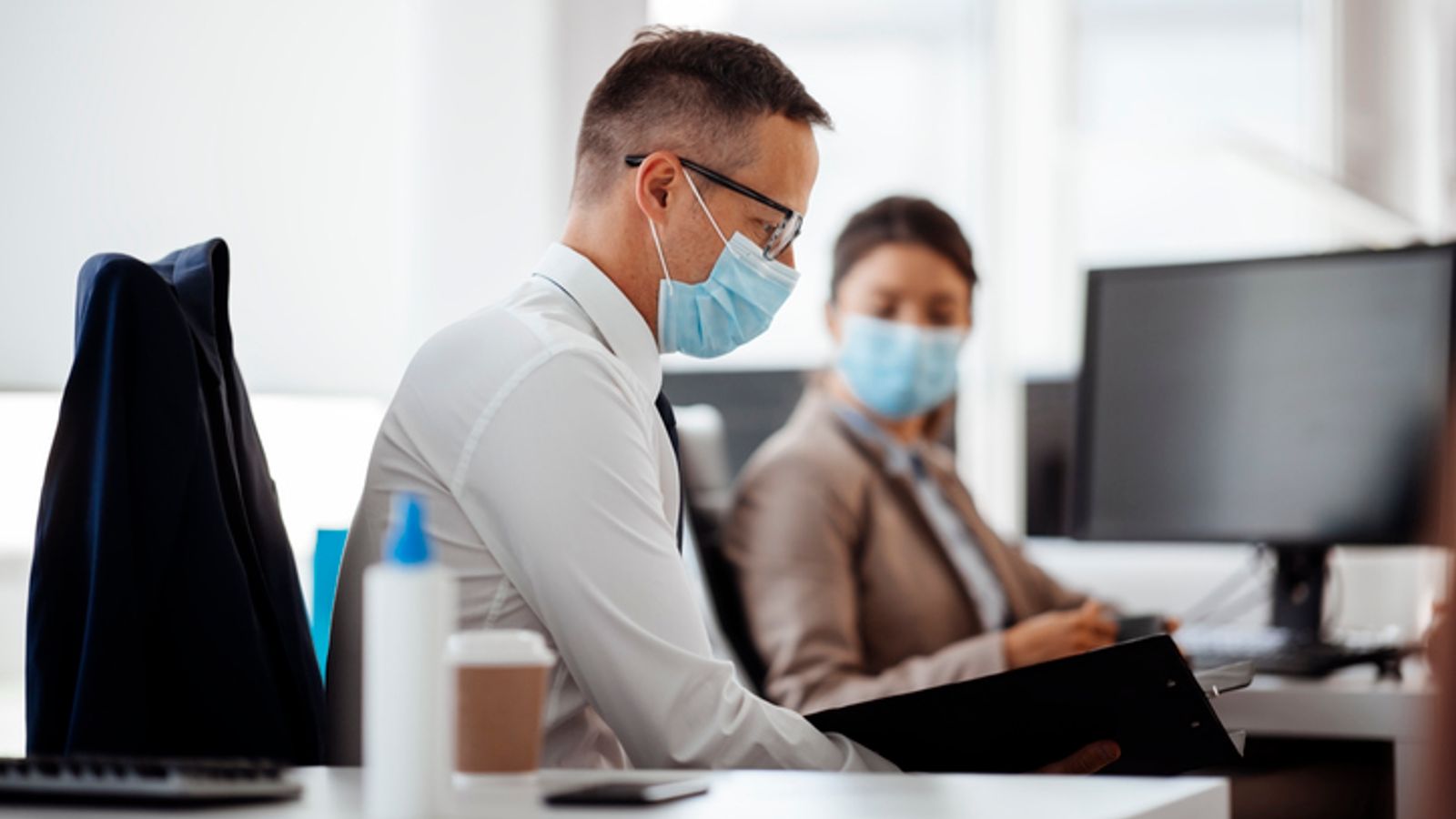 Half of managers (50%) think the government is lifting coronavirus restrictions too quickly, according to a Chartered Management Institute poll.

Shared exclusively with Trevor Phillips on Sunday, it reveals 39% believe the changes are happening at the right pace, while 8% think they are occurring too slowly.

And those working in manufacturing were more likely to say the restrictions were easing at the right pace compared with managers in business and other services.

It comes as government guidance to work from home ends in England from 19 July, opening up the possibility of more workers returning to the office.

While eight in 10 are planning to bring at least some staff working from home back to base, the extent varies, according to the poll.

Only 13% of managers said they will be asking all staff to return.

Most appear to favour an approach that keeps many at home; 43% say they will be asking some staff to come back, while 25% will be asking most employees to return.

A small proportion could face a permanent future in the home office however, as 15% of managers said none of their staff working remotely would be asked to come back.

And with some experts expressing misgivings over the end of measures such as social distancing and mask wearing in England, employers overwhelmingly say they will keep anti-COVID measures.

Some 76% are planning to continue with their current precautions, while only 2% intend to scrap safeguards. Twenty-two percent said they weren’t sure.

Increasing numbers of people have been told to self-isolate in recent weeks after getting “pinged” by the NHS COVID.

More than half a million alerts were sent out in the week to 7 July, the highest number on record.

But the poll suggests a significant number of managers (46%) aren’t concerned about the potential effect on day to day business if workers have to isolate.

However, 53% said they were concerned; and there was more concern in some industries than others.

Two-thirds of managers in manufacturing, trade, accommodation and transport reported concerns, compared with 44% in business and other services and 55% in non-market services.

About seven in 10 worked for large companies and 27% were SMEs; 44% were private sector and 56% public and third sector.

Aramco chief warns of possible oil supply shortages, as Chinese demand set to surge
London estate agent Dexters swoops on rival Marsh & Parsons in £25m deal
Why this Navy vet was shocked to see George Santos in Congress
Blow to Putin as both Germany and US confirm they will send tanks to Ukraine
Naftogaz CEO says the Ukrainian state energy giant will be out of default soon