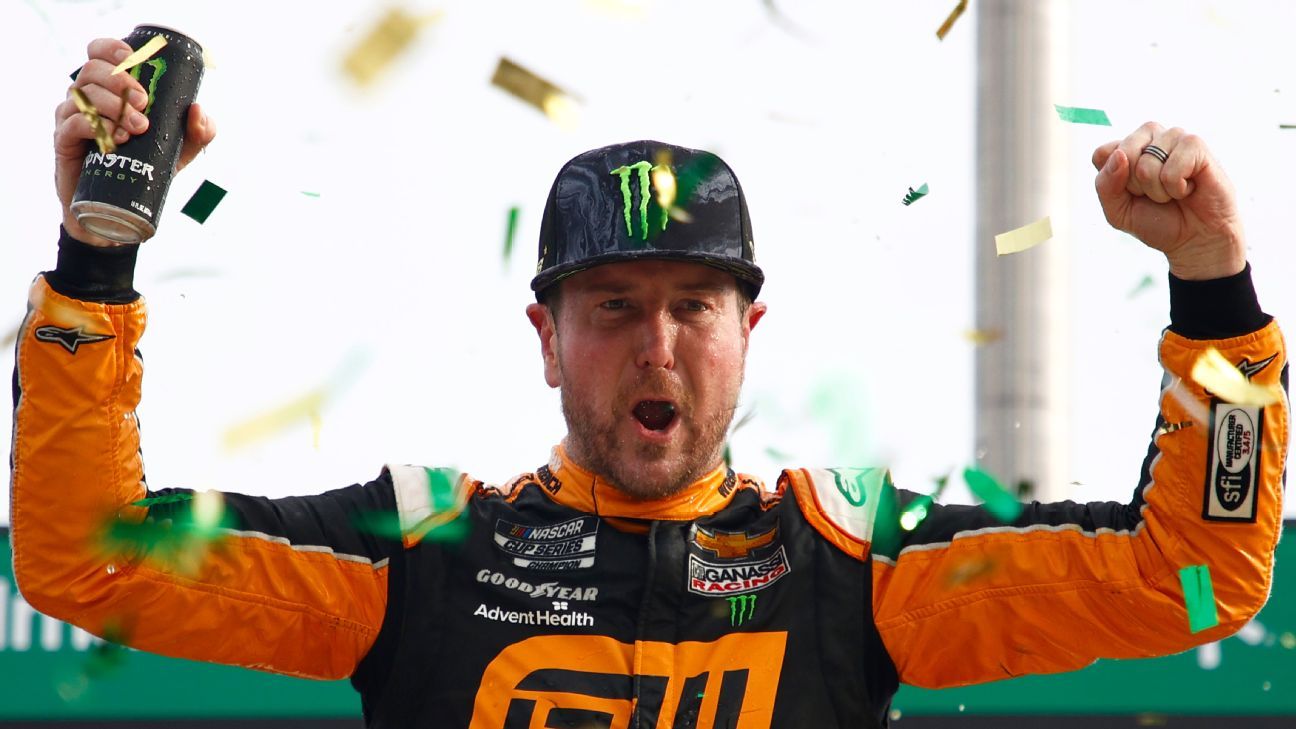 Kurt Busch raced to his first victory of the season, 33rd overall and the fourth of his career at Atlanta. He locked up a spot in the playoffs and possibly improved his chances of securing a new ride next season.

Kyle Busch reclaimed the lead with 47 laps remaining, but couldn’t hold off his older brother on Lap 236. Kurt Busch took advantage of lapped traffic to pass his brother.

Kyle Busch pushed for the lead with eight laps remaining, but 42-year-old Kurt pulled away in the final laps to win by 1.237 seconds.

Kurt Busch’s contract with Chip Ganassi Racing expires at the end of the year, and Ganassi sold the team to Trackhouse Racing owner Justin Marks this month.

It was the final race for the current surface on the Atlanta Motor Speedway track. It was installed in 1997 and is the oldest on the NASCAR circuit. Construction on a repaving and reprofile project will begin immediately.

“Just going to put that much emphasis on winning that last one today because it will be that old nostalgic feel,” Kurt Busch said before the race.

Atlanta Motor Speedway president Brandon Hutchinson said the resurfacing was overdue. Proof of the poor condition of the old asphalt came holes which developed on the front straightaway had to be repaired following the second stage.

The race was delayed for 19 minutes during a red-flag stoppage as a crew filled the gaps in the track with caulk.

Martin Truex Jr. finished third after starting at the back of the pack. Alex Bowman was fourth, followed by Ryan Blaney.

Pole-sitter Chase Elliott finished seventh. Elliott fell back after his brakes locked, causing him to miss his pit box, on a competition caution on Lap 27. Elliott struggled to make up ground and remained winless in seven starts at his Atlanta home track.

Light rain, and the threat of a heavier downpour, affected strategy late in the second stage. Some drivers were instructed to delay pit stops and remain on the track in case rain forced a delay or early end to the race. There was no weather delay.

Truex had been slated to start fifth but was pushed to the rear of the pack after his Toyota failed two pre-race inspections.

Denny Hamlin was fifth at the end of the second stage but was penalized for entering the pits too fast and had to move to the back of the pack for the restart. He finished 13th.