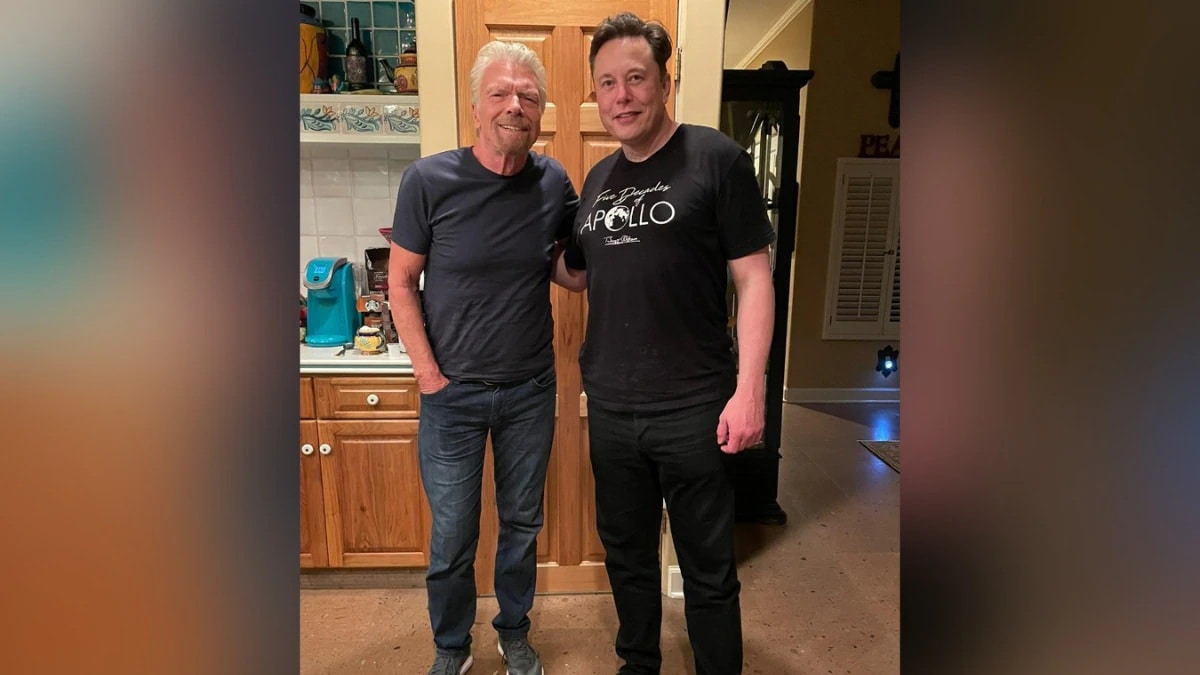 Jeff Bezos and Richard Branson are competing fiercely to outwit each other and capture the huge commercial space tourism market. And their fellow billionaire Elon Musk appears to be siding with the British entrepreneur and his Virgin Galactic venture. Musk, the SpaceX CEO who aims to colonise Mars someday and make humans a multi-planetary species, seems to have had put his money on the success of Branson even before the latter had travelled to the edge of space. Musk reportedly has a ticket for one of the future flights of Virgin Galactic.

Branson flew in the inaugural flight to zero gravity for a few minutes and returned to Earth on Sunday. He hopes the successful flight will boost the demand for tickets on future flights when the company begins commercial operations sometime next year.

A Galactic spokesman told the Wall Street Journal that Musk had bought a ticket for his own space ride. It is, however, not clear when he would fly or whether there was a long waiting list. Branson’s company plans to launch two more symbolic flights this year and then open it for the public.

Musk and Branson are known to be friends, while Musk and Bezos share a frosty relationship.

In 2019, Musk linked a report on Amazon’s plans to launch a massive constellation of more than 3,000 internet satellites. He tagged Bezos, wrote “copy” and added the emoji of a cat, implying a “copycat”.

However, hours before Branson’s flight, Musk had said that he would be there to wish him the best and see him off.

Will see you there to wish you the best

Musk kept his word. As Branson was gearing up for his flight on Sunday, he tweeted a photograph that showed him and Musk at his home. “Big day ahead. Great to start the morning with a friend. Feeling good, feeling excited, feeling ready,” he said.

Bezos is set to fly in his New Shepard spaceship on July 20. His space tourism company, Blue Origin, meanwhile, has launched a marketing campaign to discredit Virgin Galactic’s space ambitions as an amateur effort.

From the beginning, New Shepard was designed to fly above the Kármán line so none of our astronauts have an asterisk next to their name. For 96% of the world’s population, space begins 100 km up at the internationally recognized Kármán line. pic.twitter.com/QRoufBIrUJ

Blue Origin said only its rocket was capable of taking tourists past the Karman line, which at 100 km is internationally believed to be the space frontier.

‘I don’t know how I am coping’
Avis has new T&Cs for renting its EVs, and they’re a little weird
Base interest rates up to 4% but Bank of England’s language on economy shifts
‘Her children need her home’: Family of missing dog walker ‘stuck in a nightmare’ since she disappeared
FTSE 100 reaches highest-ever score