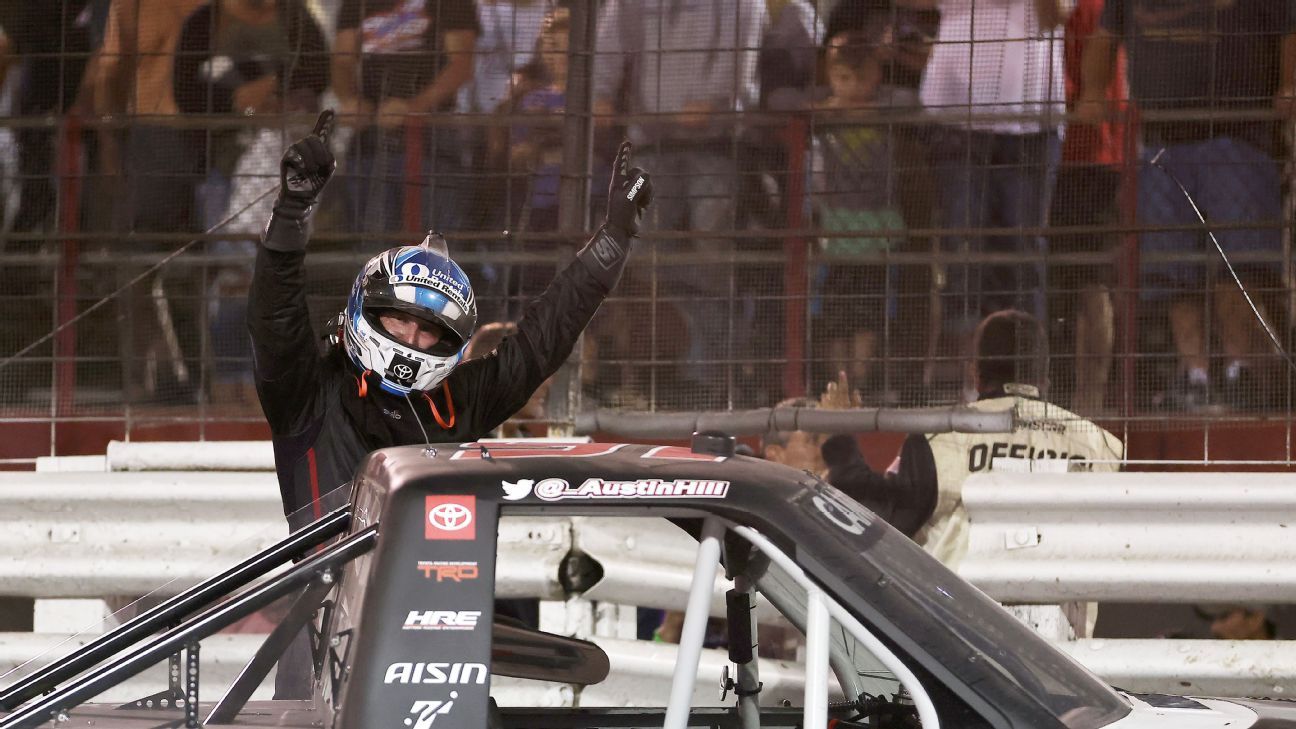 KNOXVILLE, Iowa — Austin Hill survived a Friday night demolition derby on the dirt at Knoxville Raceway for his first NASCAR Truck Series victory of the year.

Hill restarted on the inside beside Chandler Smith on the fourth overtime attempt and pulled away in Hattori Racing Enterprises’ No. 16 Toyota in the first NASCAR national series race on the historic half-mile dirt oval.

The 27-year-old Georgia driver wrapped up a playoff spot with a race left in the regular season. He has seven series victories.

The 19-year-old Smith was second, 1.207 seconds back in Kyle Busch Motorsports’ No. 18 Toyota. He held the top spot through seven late restarts before Hill got the advantage on the final try with the inside position.

The wreck-filled race had 14 cautions and a red flag after a wipeout about a third of the way behind the leaders on the first overtime try. The race went 171 laps, 21 more than scheduled.

Grant Enfinger was third, followed by Todd Gilliland, Derek Kraus and Matt Crafton. Kraus rallied after spinning early in the final segment after starting from the pole and winning the first two stages.

Jessica and Stewart Friensen became the first husband and wife to race against each other in a NASCAR national series event since Elton Sawyer and Patty Moise in 1998 at Atlanta in the Xfinity Series. Jessica was 26th, four laps back. Stewart followed in 27th, nine laps off the pace.

Hill’s win locks him into the Truck Series playoffs with just one regular-season race remaining. He joins John Hunter Nemechek, Ben Rhodes, Gilliland and Sheldon Creed on the list of 2021 series winners.