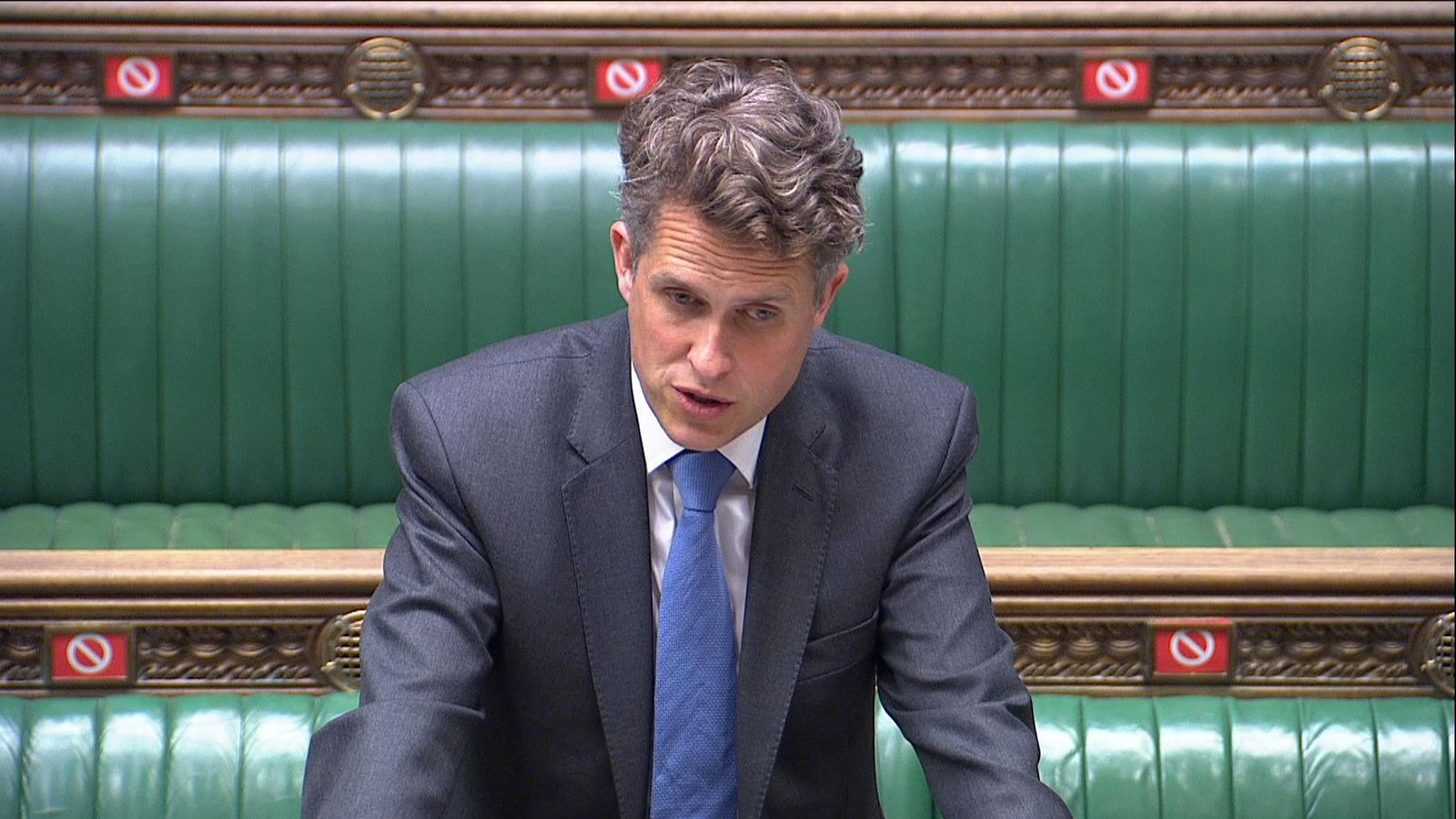 The government continues to “pledge significant packages of investment” to help pupils catch up on missed learning due to the pandemic, Gavin Williamson has claimed.

Sky News understands the proposal put to the Treasury to help schools recover from lost learning during the COVID crisis was worth around £15bn, with 100 extra hours of teaching per pupil.

A £1.4bn package was unveiled by ministers last Wednesday, with the plans denounced as a “damp squib” by unions.

Mr Williamson said on Monday that the total recovery package is now worth more than £3bn, including £1bn that will be spent on tutoring courses particularly for pupils from disadvantaged backgrounds.

He claimed the fund would help close the attainment gap between disadvantaged children and their peers.

And he said year 13 pupils would have the option for repeating their final year “where this is appropriate”.

He claimed the evidence showed one course of high-quality tutoring had been proven to boost attainment by three to five months so additional tutoring will be “vital” for young people in recovering the teaching hours lost over the past year.

He told MPs: “Helping our children recover from the impact of the pandemic is an absolute priority. Pupils, parents and staff have all experienced disruption and we know that continuous actions are required to help recover lost
learning.”

He said 250,000 children would receive tutoring this year who would not have had access to it previously, and more than 500,000 would be able to attend summer schools.

Mr Williamson continued “The evidence we have shows that disadvantaged children and those who live in areas that have been particularly hard hit by high COVID rates such as the North East of England and Yorkshire are among those whose learning is most likely to have been affected.

“We have always been clear and will continue to take the action that is required. This is why we continue to pledge significant packages of investment and targeted intervention to help them make up on their lost learning.”

Mr Williamson also thanked Sir Kevan following his departure for “his contribution to these efforts”.

Subscribe to the All Out Politics podcast on Apple Podcasts, Google Podcasts, Spotify, Spreaker

“They were promised that their education was the prime minister’s number one priority but they’ve been betrayed by a secretary of state who has let them down once again, and by a prime minister who won’t lift a finger for them when it comes to a row with the chancellor about prioritising the investment needed in their future.

“I was frankly embarrassed to hear the Secretary of State proclaim that the funding announced last week would deliver a revolution – from what his government announced it’ll amount to just £50 per pupil for the next three years compared to £1,600 in the USA, £2,500 in the Netherlands.”

Mr Williamson claimed Labour had opposed nearly all of the government’s education reforms, adding that the opposition would “merely parrot what the union paymasters ask it to do”.