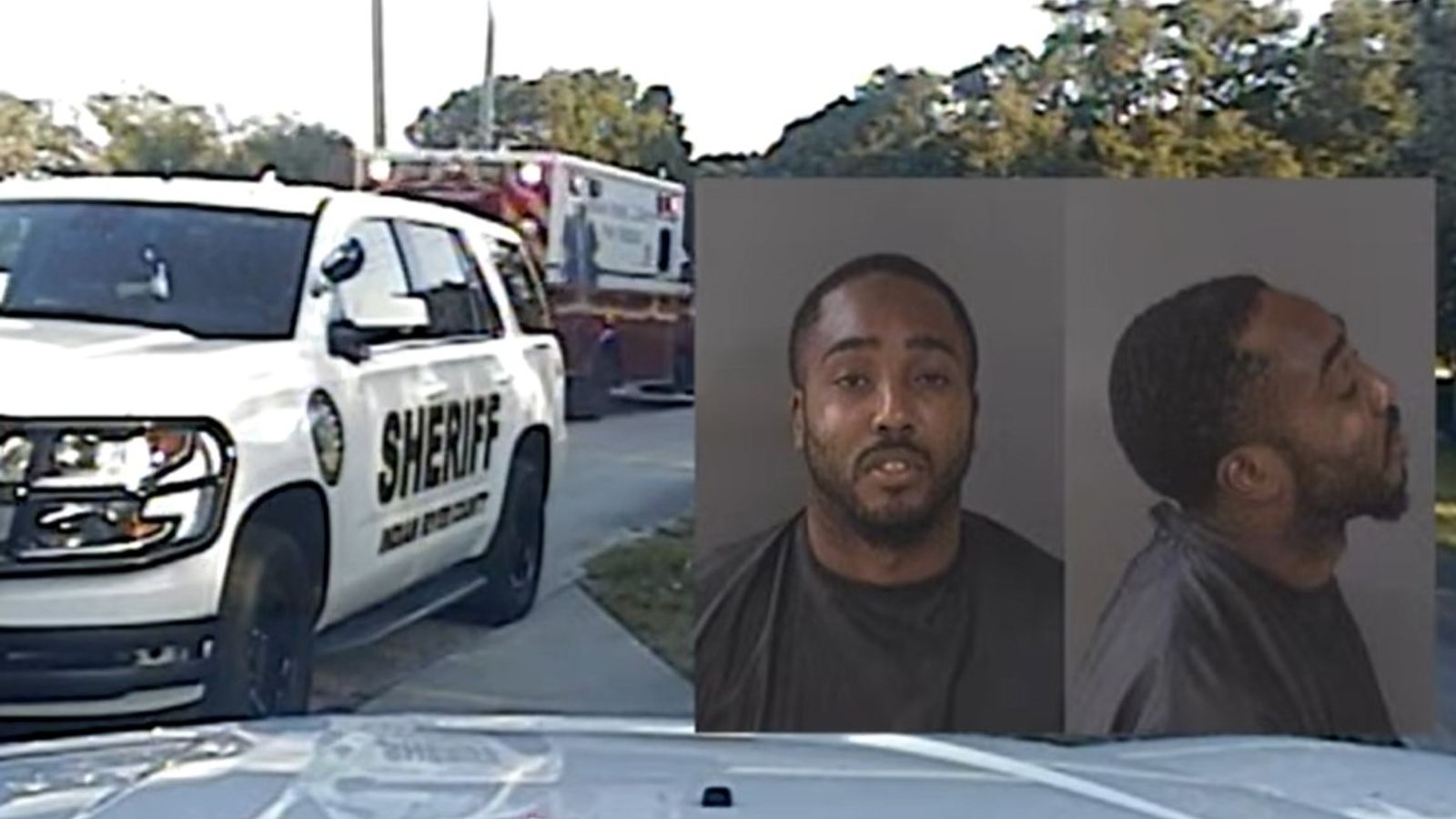 A man is facing aggravated child abuse charges after throwing his two-month-old baby at a police officer at the end of a high-speed car chase.

For 40 minutes, John Henry James III sped through the streets of Vero Beach in Florida, at times smashing into the patrol car in pursuit, swerving around roadblocks, careering over tyre deflation devices, and crashing through hedgerows – forcing officers to eventually track him via helicopter.

After forcing other drivers off the road, James finally tore into an apartment block and officers blocked all entrances and exits with their cars.

Cornered, James jumped out and tried to run. As he did, he threw the infant at one of the officers.

He did it with “no regard” – it was “not a little toss,” officers can be heard saying in video of the incident posted to the Indian River County Sheriff’s Office Facebook page.

Another added he “overhand threw this two-month-old at me from about six feet away”.

After tossing the baby, the 32-year-old suspect tried to get away and struggled with other deputies – kicking, biting and lashing out at them – before they eventually tackled him to the ground.

James pleaded with officers to let him go, but one told him: “All favours ended for you when you decided to drive crazy with a car with a kid in it.”

The police footage shows a deputy then walking away, cradling a baby in a sky blue outfit.

James was checked by medics and taken to a hospital after telling deputies he could not breathe and that he has asthma, Indian River County Sheriff’s Office said in a statement.

After being medically cleared by the hospital, James was charged with two counts of aggravated child abuse, aggravated battery of an officer/firefighter/medic, “fleeing and eluding”, reckless driving, and resisting arrest with violence.

James also faces a further charge of aggravated battery on a pregnant woman.

Indonesia’s GoTo has lost almost 70% of its valuation since its April IPO
Peter Kay in tears as he gets standing ovation at start of comeback gig
New details in investigation into Idaho stabbings
Quick Charge Podcast: November 28, 2022
HSBC head dismisses idea China is trying to get hold of the bank’s Asian operations