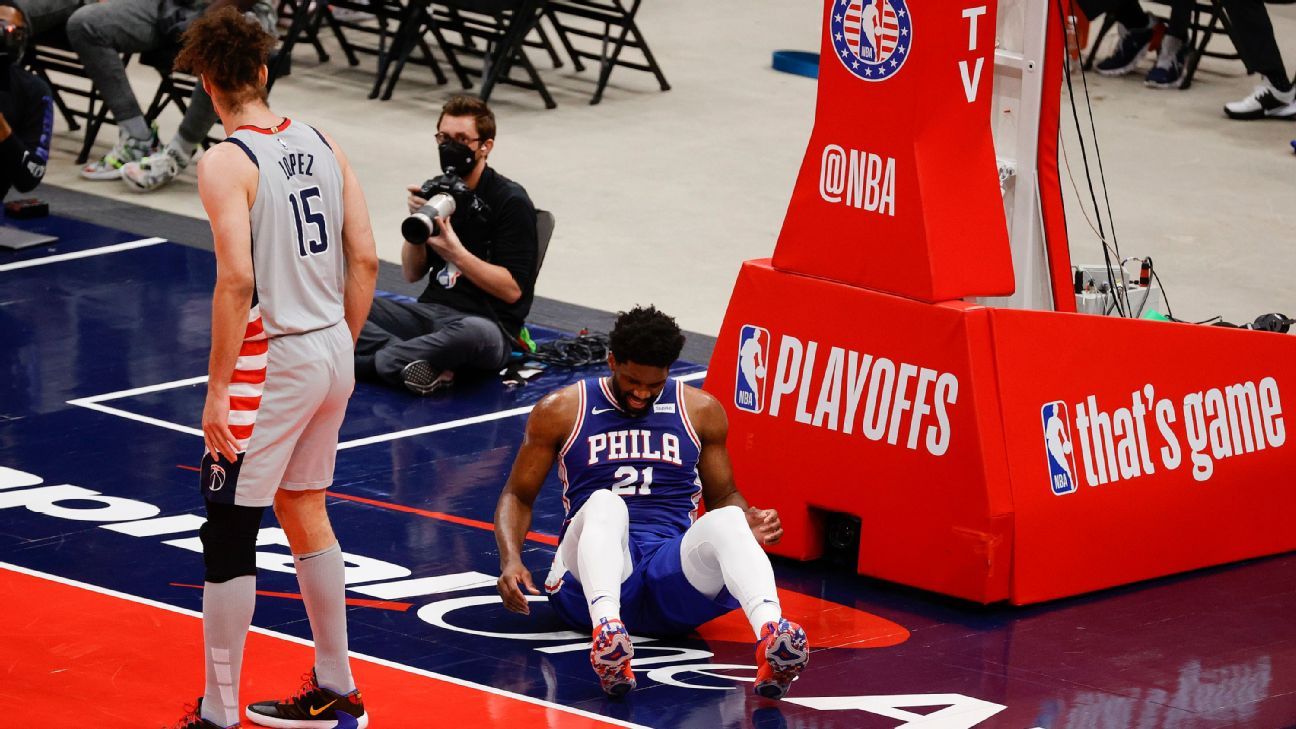 Embiid crashed to the floor after he was met in the air at the rim by Wizards center Robin Lopez just over seven minutes into Game 4. Lopez cleanly blocked the shot but Embiid lost his balance on the way down and crashed onto his backside, instantly grimacing in pain.

He stayed in the game after a timeout and finished out the quarter but was in some discomfort, holding his lower right back area. After checking out of the game in the final seconds of the quarter he went to the locker room, limping slightly.

Embiid made an impact in his time on floor, scoring eight points with six rebounds, two assists and a a steal in the first quarter. He came into the game averaging 30 points on 67% shooting in the series.