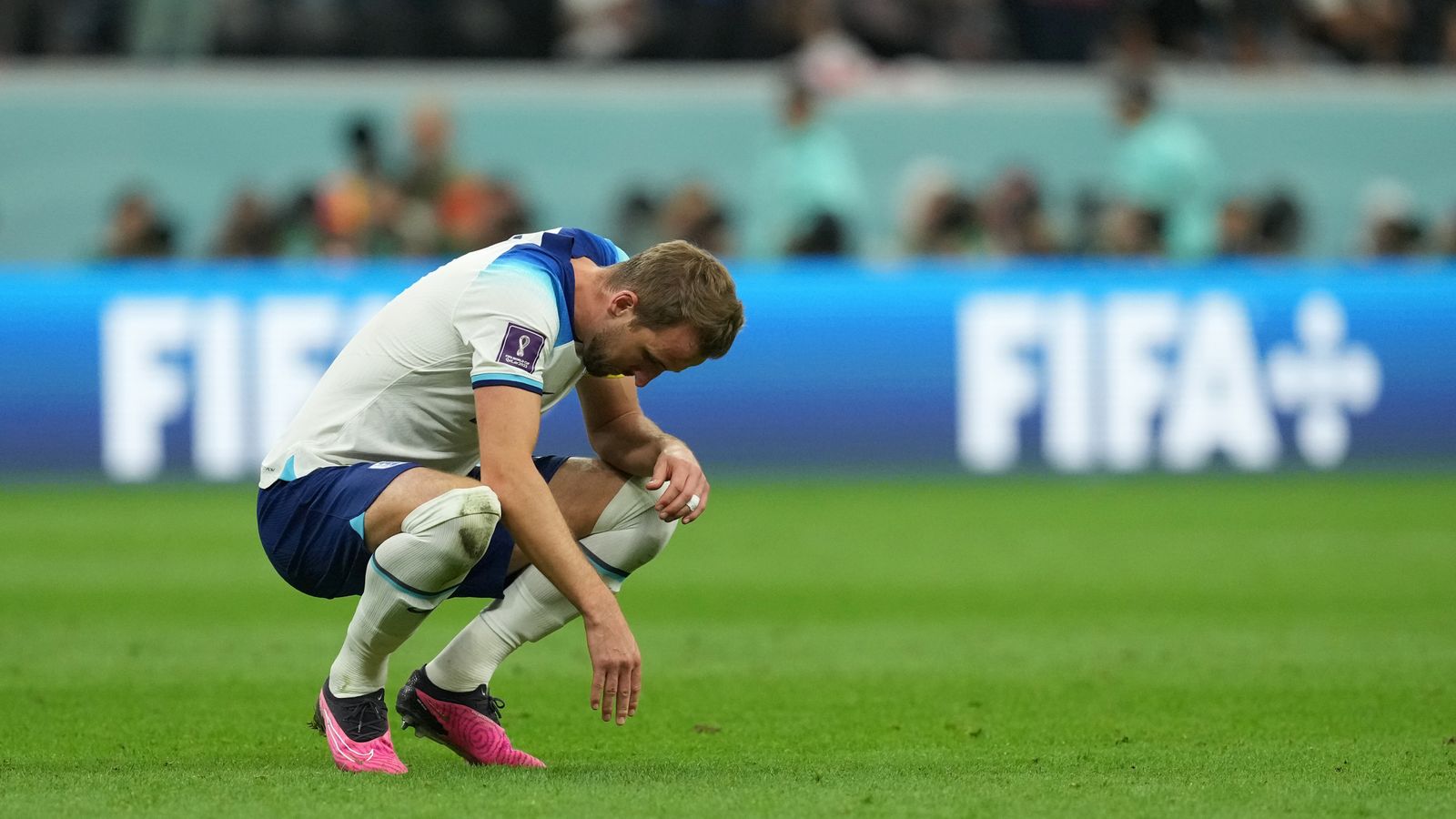 Harry Kane has taken responsibility for England’s World Cup quarter-final exit at the hands of France, saying: “I will take it on the chin and of course it hurts now, and it will hurt for a long time, but that’s part of being captain and a leader in the team.”

Having reached the semi-finals in 2018 and then finishing runners-up at last year’s European Championship, Gareth Southgate‘s men were confident of a ticket to the semi-final.

Despite going behind to an early first-half goal, England pulled level through a Kane penalty but Olivier Giroud put the French back in front. 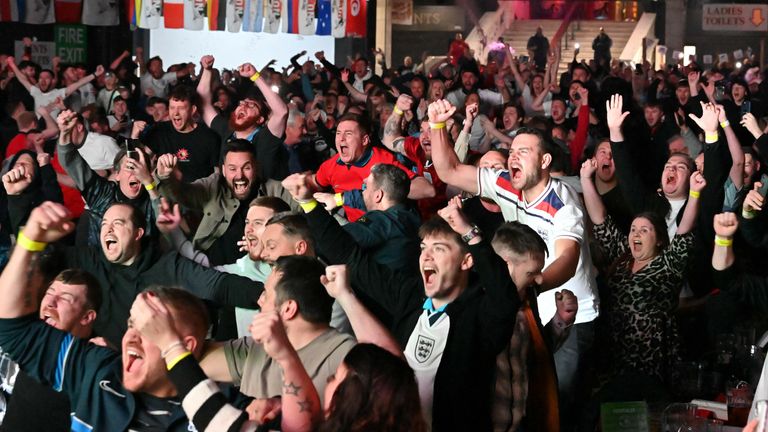 Kane had a further chance to equalise from the penalty spot but blazed over the bar, prompting many fans to put their head in their hands and watch on in silence.

His miss came with just seven minutes of normal time remaining, ending in an agonising 2-1 loss for the Three Lions.

“It is a really tough night to take,” Kane said in the aftermath of defeat.

“I’m gutted, the team are gutted. We had full belief that we could achieve something special at this World Cup but it came down to small details.

Read more: England fans’ misery as Kane misses penalty and Three Lions go out to France – as it happened

“I thought on the night we had the better chances and better spells in the game. It comes down to execution. As captain, I take it on the chin and responsibility missing the penalty.

“It is hard to take for sure but I can be proud of the group, proud of each other for what we’ve done. This will hurt for a while but we will dust ourselves down to get ready in the future.” Heartbreak for fans as England lose

Southgate said Kane should not blame himself for his penalty miss, saying: “For me, we win and lose as a team.

“We have let a couple of goals in and missed a few chances.

“He has been incredible for us and is so reliable for us in those situations.

“We wouldn’t be here but for the number of goals he has scored for us.”

Despite the heartbreak England have been told to hold their “heads high”.

Prime Minister Rishi Sunak said the team “gave it everything” but it “wasn’t meant to be”, while Labour leader Sir Keir Starmer said England deserved to win the game and the result was “absolutely gutting”.

The Prince and Princess of Wales said they were “so proud” of the squad and staff.

After the game, William tweeted: “Gareth, Harry and the whole England squad and staff, gutted for all of you.

“You put so much into this tournament and we are all so proud of you. Heads held high and on to the next one!”

Southgate, 52, is contracted until after the European Championship in 2024 but was non-committal on his future as manager.

“I think whenever I finish these tournaments, I’ve needed time to make correct decisions,” he said.

“Emotionally you go through so many different feelings. The energy it takes through these tournaments is enormous.

“I want to make the right decision, whatever that is for the team, for England, for the FA. I’ve got to be sure whatever decision I make is the right one.

“I think it’s right to take time to do that because I know in the past my feelings have fluctuated in the immediate aftermath of tournaments.” Kane insisted England’s players are in full support of their boss, saying: “We love having Gareth as a manager.”

He added: “We want him to stay for sure but that’s his decision. I am sure he will go away and think about that.

“We’ve got a great team, great young players, players coming into their prime and we’ve got a Euros not too far away. As much as this hurts, we have to move on and look forward to that.”

France will now go on to play Morocco, after the Atlas Lions’ victory over Portugal on Saturday.

Speakers call for overhaul of All-Party Parliamentary Groups
Ex-boyfriend of George Santos speaks out to CNN
NHL Power Rankings: Projecting playoff chances for all 32 teams
‘I was sad for the institution’: Nancy Pelosi speaks out about McCarthy speaker vote
Biden touts job growth and slowing inflation rates in speech on economy