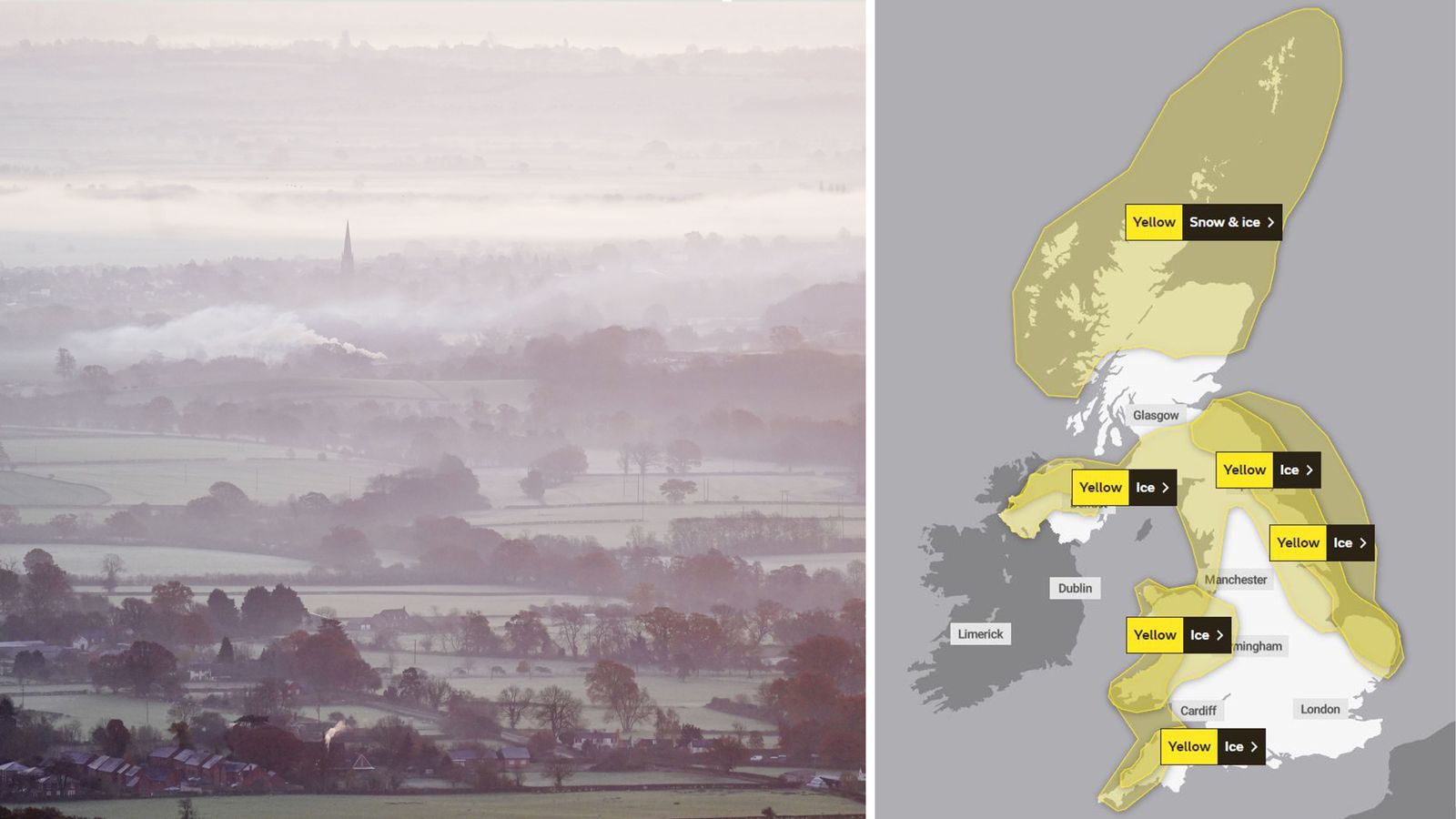 More than three million low-income households cannot afford to heat their homes during the current spell of cold weather – putting their health at risk, according to new research.

It comes as the Met Office warns that an Arctic blast is hitting the UK, which could cause overnight temperatures as low as -10C by the end of the week.

Motorists could face treacherous conditions on the roads, with train journeys taking longer than usual.

The UK Health and Security Agency has issued a cold weather alert – and says vulnerable people should heat their homes to at least 18C, wear extra layers of clothing, and eat hot food to protect themselves.

But about 710,000 households cannot afford to follow this advice because they cannot pay for warm clothing, heating and food, and another 2.5 million families on low incomes are going without.

The research was carried out by the Joseph Rowntree Foundation, and its senior economist Rachelle Earwaker said: “The dangerously cold weather on the horizon is cause for concern.

“People are being forced to wager their financial health and whether they can afford more debt, against their wellbeing without sufficient heat, clothing or hot food.”

The survey of 4,251 people in the bottom 40% of incomes suggested that about 4.3 million have cut the amount they spend on heating.

It also found that many families are already behind on their bills, owing more than £1,600 on average.

And temperatures are likely to remain low for some time yet.

Read more: Families face stark choices after a year of the cost of living crisis 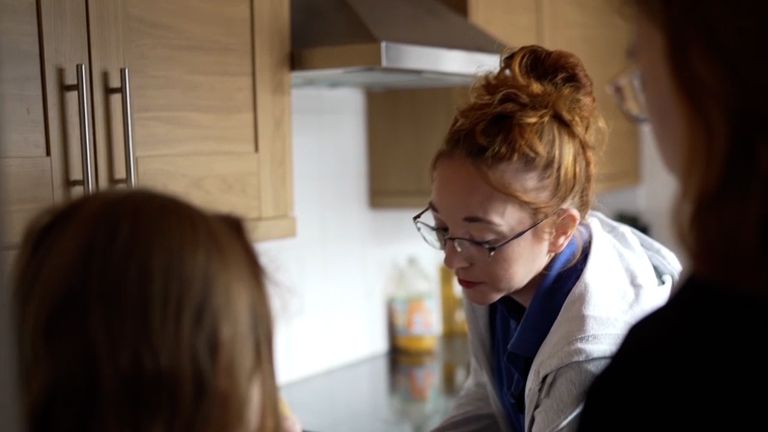 ‘I’ve had to disconnect my gas’

The Met Office has extended yellow weather warnings into Thursday and Friday, with ice expected in much of Northern Ireland, Wales, parts of northern England and most of England’s eastern and western coastal areas.

The northern half of Scotland is likely to see snow and ice on both days, the forecaster said.

Met Office chief meteorologist Steve Willington said: “As an Arctic maritime airmass settles across the UK, temperatures will fall with widespread overnight frosts, severe in places, and daytime temperatures only a few degrees above freezing.

“However, the cold air from the Arctic will also bring brighter conditions, with some dry, sunny spells, particularly away from the coast and where winds are light it could feel pleasant in the sunshine. Some patchy freezing fog is also likely.

“Showers will turn more wintry with an increasing risk of snow as the week progresses, particularly in coastal areas or over higher ground.”

Beware of slippery roads and pavements

Roads, pavements and cycle lanes could all be slippery, the Met Office said, and motorists have also been warned to keep blankets in their vehicles in case they break down.

RAC spokesman Rod Dennis added: “Our advice is to be winter ready – check tyres are properly inflated and with good tread, while topping up oil, coolant and screen wash levels if needed.

“Drivers with older batteries in their cars might also wish to give their vehicle a 20-minute drive before colder conditions arrive to ensure the battery can cope with sub-zero temperatures.

“It’s also worth having a fully charged mobile phone and carrying a blanket in case of a breakdown to keep warm.”

No gas for heating or cooking for five days

Meanwhile, about 2,000 homes in the Sheffield area of Stannington have had no gas for five days and some could be without supply until the weekend.

A water main burst on Friday night – sending hundreds of thousands of litres of water into the gas network.

Sheffield City Council leader Terry Fox said the authority has declared a major incident so staff can be redeployed to the area.

Asked about the approaching cold snap, Mr Fox said: “We’re very worried… but, what we’ve seen, to be brutally frank, is a real deep community spirit where people are helping individuals.”

Sheffield Hallam’s Labour MP, Olivia Blake, has said she has asked Chancellor Jeremy Hunt for emergency funding for the council and raised the issue in the Commons on Wednesday, but said she has not yet received a response.

Cadent, the firm which runs the gas network, says 150 people are working day and night to fix the problem, and they have started to reconnect gas to some homes.