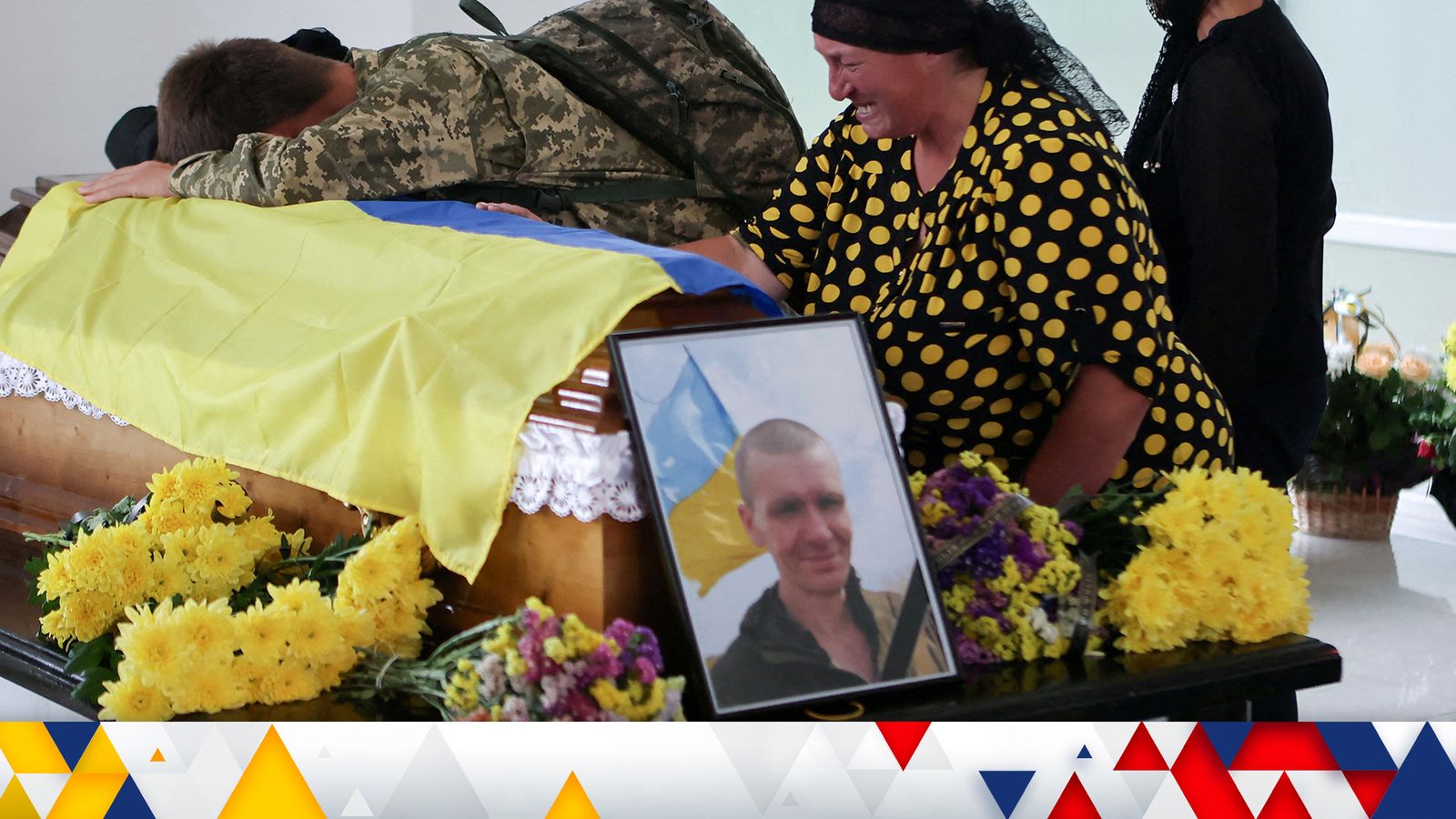 Ukraine’s armed forces have lost up to 13,000 soldiers so far in the war against Russia, presidential adviser Mykhailo Podolyak has said.

His comments are believed to be the first estimate of dead since late August, when the head of the armed forces said nearly 9,000 military personnel had been killed.

“We are open in talking about the number of dead,” he added, saying more soldiers had been wounded than had died.

Read more:
Blitz spirit in Kyiv as heat, light and water supplies are knocked out for days
Captured documents reveal Moscow’s 10-day plan to take over Ukraine and kill its leaders

Last month America’s top general estimated that Russia’s military had seen more than 100,000 of its soldiers killed and wounded in Ukraine, and added Kyiv’s armed forces “probably” suffered a similar level of casualties.

Oleksiy Arestovych, another of Volodymyr Zelenskyy’s advisers, claimed on Wednesday that the Russian death toll was around seven times that of Ukraine’s.

It comes as Presidents Joe Biden and Emmanuel Macron vowed to maintain a united front against Russia amid growing worries about waning support for Ukraine’s war effort in the US and Europe.

The French leader, who is on a state visit to the US, said: “What is at stake in Ukraine is not just very far from here, in a small country somewhere in Europe.

“But it’s about our values. And about our principles.

“Our two nations are sisters in the fight for freedom.”

Mr Biden indicated he would be willing to talk with Russian President Vladimir Putin if he demonstrated that he seriously wanted to end the invasion.

“I’m prepared to speak with Mr Putin if in fact there is an interest in him deciding that he’s looking for a way to end the war.