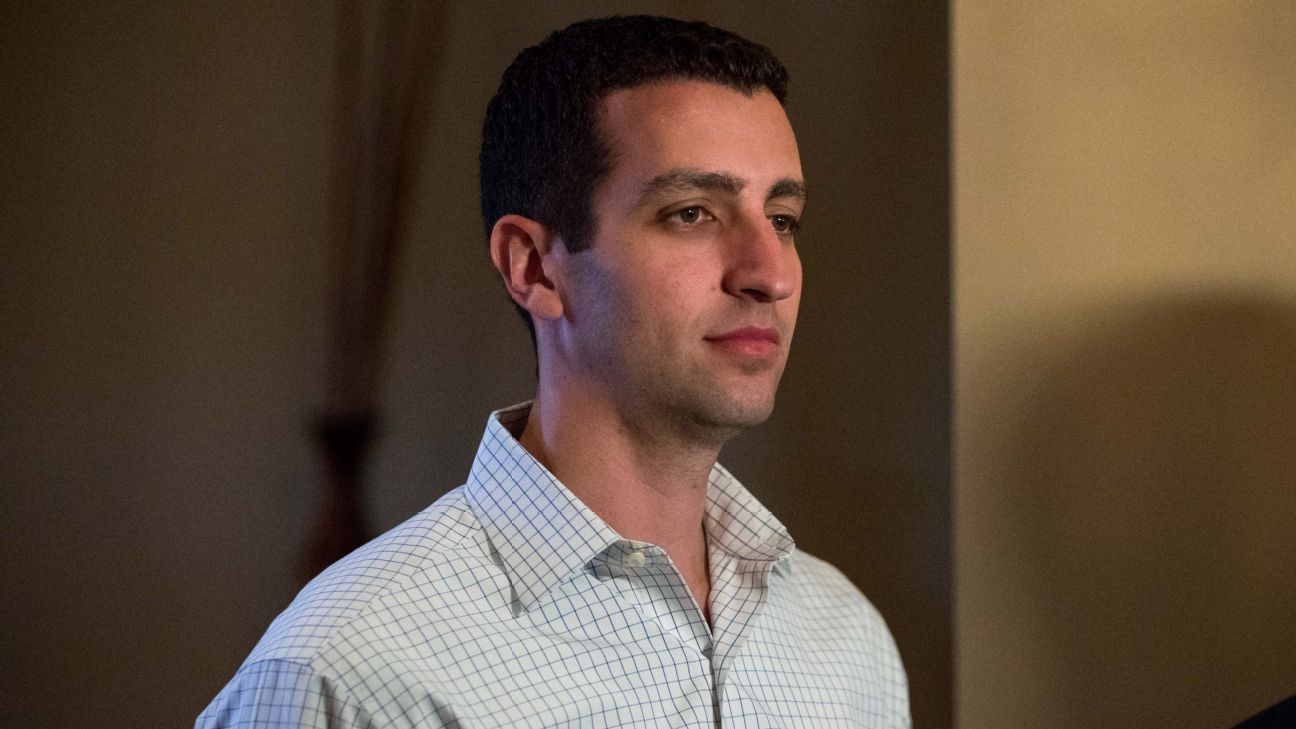 MILWAUKEE — David Stearns is stepping away from his role as the Brewers‘ president of baseball operations, saying Thursday he just needs a break and isn’t thinking about taking a job with any other organization.

Stearns will remain with the Brewers in an advisory role to owner Mark Attanasio. Matt Arnold, who has been the Brewers’ senior vice president and general manager since 2020, takes over the lead role in overseeing baseball operations.

Stearns’ tenure marked the Brewers’ greatest run of sustained success. He joined the franchise in October 2015 as general manager and was named president of baseball operations before the 2019 season.

The team’s franchise-record string of four straight playoff appearances ended this season when they went 86-76 and finished a game behind the World Series-bound Philadelphia Phillies for the National League’s final wild-card berth.

Milwaukee’s ability to win consistently as a budget-conscious franchise made Stearns an attractive candidate for other organizations. Stearns, who is from New York City, has been mentioned for years as a possibility to join the Mets‘ front office.

The Brewers won 481 games over the past six seasons, behind only the Los Angeles Dodgers and Atlanta Braves among NL teams. He orchestrated the 2018 trade with the Miami Marlins that brought Christian Yelich to Milwaukee and helped turn the Brewers into legitimate contenders.

Yelich was the NL MVP in 2018, when the Brewers reached the NL Championship Series and fell a game short of their first World Series appearance since 1982. Yelich finished second in the MVP balloting the following season.

Stearns said his favorite moment was the Brewers’ tiebreaker victory over the Chicago Cubs to determine the 2018 NL Central champion.

“David’s impact on the organization has been transformational,” Attanasio said in a statement. “He has created a process that has yielded highly competitive teams consistently and raised expectations to a new level both internally and with our fans.”

But this season, Stearns encountered strong criticism over sending four-time All-Star closer Josh Hader to the San Diego Padres at the trade deadline. The Brewers owned a three-game NL Central lead at the time of the trade but faded out of the playoff picture after Hader’s departure. The Padres reached the NLCS.

Stearns said the disappointing finish didn’t impact his decision to leave and that he had been contemplating this move “for many months.”

“I understand people want to know what comes next, and the truth is, I don’t know,” the 37-year-old said. “I’m not going into this with any plan. I think my generation — a segment of my generation, and I will certainly put myself in this group — is inflicted with a condition where we feel like every single thing must be planned out. Decision A must lead to Decision B, which must lead to Decision C.

Arnold now takes over a team with plenty of offseason questions.

Outfielder Andrew McCutchen, catcher Omar Narváez, utilityman Jace Peterson and relievers Taylor Rogers and Trevor Rosenthal are free agents. The Brewers have to decide whether to pick up a $10 million option on second baseman Kolten Wong and a $3 million option on reliever Brad Boxberger.

Adding to the complications is the large contract of Yelich, whose performance has tailed off markedly since his 2018 and 2019 seasons. Yelich will make $26 million each of the next six seasons, though $4 million of that will be deferred each year.

“I think a lot of what Mark and David and I have talked about is the stability that we have here,” said Arnold, who joined the Brewers organization in October 2015. “We do have a great foundation in place, so I don’t envision any major changes there.”

How long Stearns is part of that foundation — and his level of involvement — is uncertain.

“I love baseball,” Stearns said. “Baseball has been an enormous part of my life, and I anticipate that it will continue to be an enormous part of my life. In what capacity, I think remains to be seen. I think that could be anything from being a fan — a really passionate fan — to one day working again in a senior leadership position. I’m not really going to close any doors, but I know this is the right time to exhale a little bit.”