Chancellor Kwasi Kwarteng has confirmed that the government is axing plans to give the wealthiest 1% a tax cut following a bitter backlash from Tory MPs.

Mr Kwarteng said in a tweet that the measure had become a “distraction” from his objective to grow the economy.

The plan to scrap the 45p rate, which is paid by people who earn over £150,000 a year, was criticised as unfair amid the cost of living crisis.

It was announced in the tax-slashing mini-budget, last Friday, but would have had to go to a vote before it could be approved.

Former cabinet minister Grant Shapps, one of the big hitters in the Conservative Party who had publicly criticised the policy, told Sky News that it would not have got through parliament.

“There is no mathematical way MPs would go and vote for this,” he said. 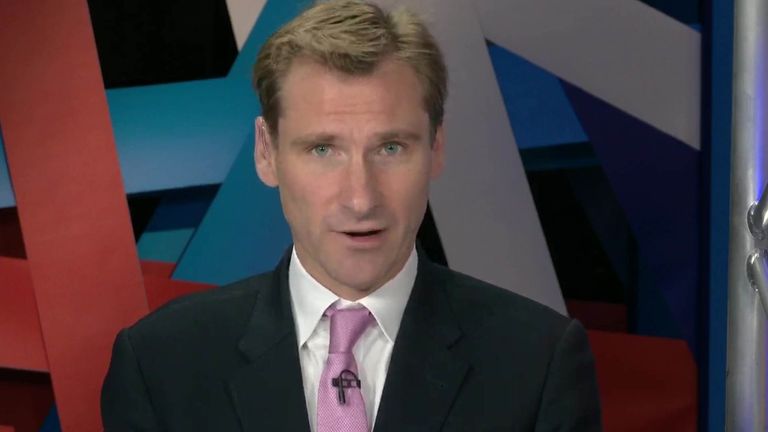 The tax cut was one of a series of proposals that prompted turmoil in the markets over the past week, with the pound reaching record lows against the dollar.

The chancellor and Ms Truss spent much of the past 10 days doubling down on their plans, even in the face of criticism from the International Monetary Fund and a £65bn emergency intervention by the Bank of England.

Ms Truss was expected to delay the vote on the 45p rate tax cut to buy herself time, after Conservative MPs were told they would lose the whip (meaning they would be suspended from the party) if they voted against it.

Read more:
Truss’s U-turn on 45p tax rate will embolden her many critics
Toxic impression created that Truss and Kwarteng not getting on
Truss sticks by plan but admits mistakes
Kwarteng faces calls for inquiry after party with hedge fund managers Kwarteng ‘not at all’ considering resigning

Mr Kwarteng abandoned the policy hours before he was due to tell the Conservative Party conference in Birmingham that the government “must stay the course”.

The chancellor told BBC Breakfast: “I have been in parliament for 12 years, there have been lots of policies which, when government listens to people, they have decided to change their minds.”

Despite the blow to his authority, he said he had “not at all” considered resigning.

And he declined to apologise directly to the nation, instead telling BBC Radio 4’s Today programme: “There’s humiliation and contrition, and I’m happy to own it.”

‘They have destroyed their economic credibility’

The pound surged higher in overnight trading on Monday as reports emerged that the government would abandon the decision to axe the 45p tax rate.

Labour pressed for Ms Truss and Mr Kwarteng to back down on the rest of their tax-cutting mini-budget.

Shadow chancellor Rachel Reeves said the reversal “comes too late for the families who will pay higher mortgages and higher prices for years to come”.

“The Tories have destroyed their economic credibility and damaged trust in the British economy,” she said. “Their kamikaze budget needs reversing now.”

The Lib Dems echoed those calls, with leader Sir Ed Davey calling for the Tories to cancel their party conference and recall parliament to “sort this mess out”.

He said: “Every day it becomes clearer this Conservative government has no plan, no clue and is completely out of touch.”