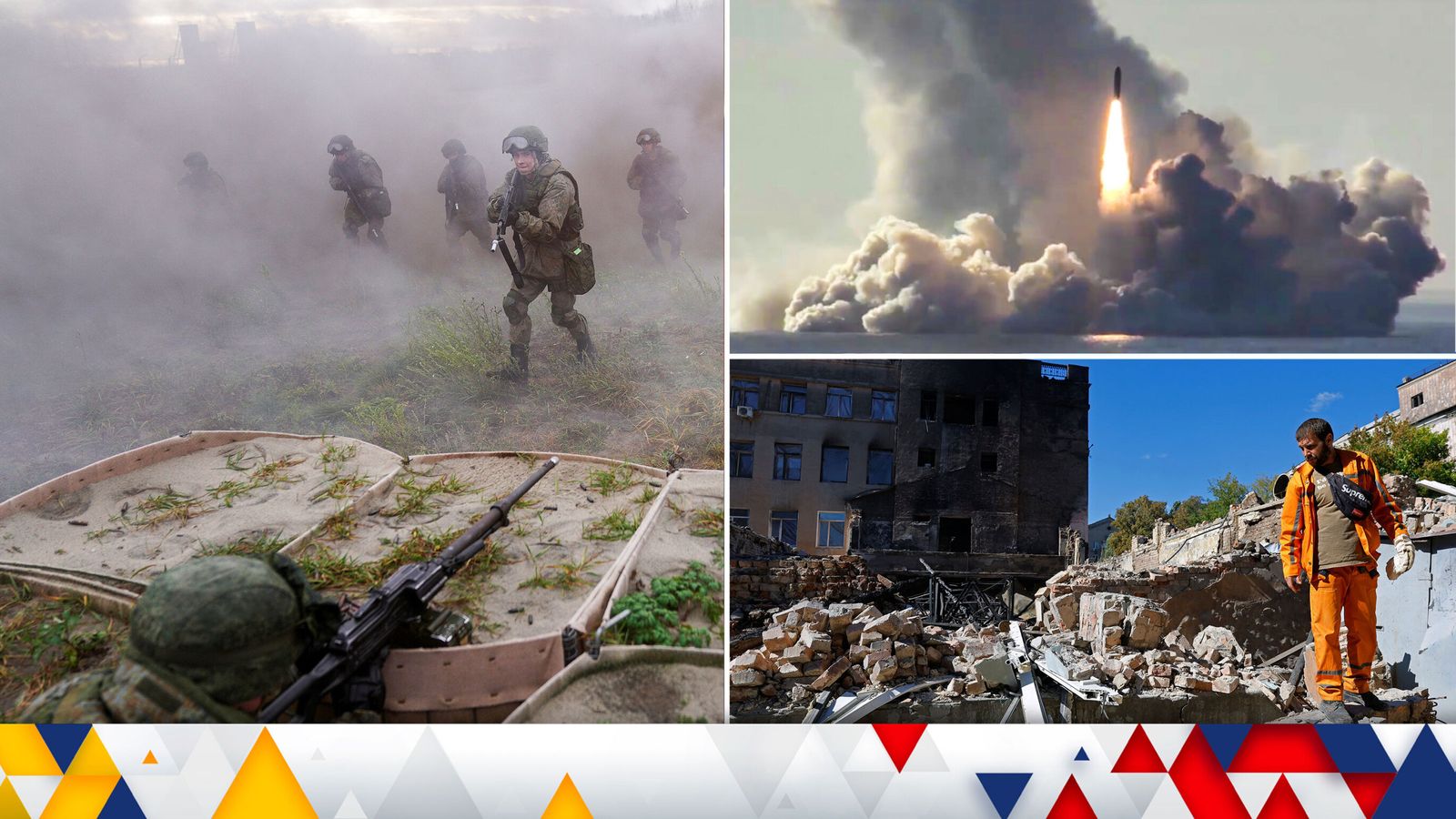 President Putin has accused the West of engaging in “nuclear blackmail” and warned he has “lots of weapons to reply” as he called up 300,000 more troops to the Ukraine war.

In a rare address to the nation, he said he wasn’t bluffing and would use “all the means available to us” if Russian territory was threatened.

Mr Putin ordered a “partial mobilisation” of military reserves – a move that Russia’s defence minister said amounted to around 300,000 troops.

It means people with previous military experience will join the war unless they are too old or medically unfit.

The decree, published on the Kremlin website, said they would get extra training before being sent to fight.

“Now they (the West) are talking about nuclear blackmail,” said the Russian leader on Wednesday morning.

He cited claims of Ukraine shelling the occupied Zaporizhzhia nuclear power plant and said some representatives of NATO states had raised the possibility of using nuclear weapons against Russia.

He warned them his country “has various weapons of destruction, and with regard to certain components they’re even more modern than NATO ones”.

“If there is a threat to the territorial integrity of our country, and for protecting our people, we will certainly use all the means available to us – and I’m not bluffing,” said President Putin.

Donetsk, Luhansk, Kherson and Zaporizhzhia announced the plans on Tuesday.

They are scheduled to take place from 23 to 27 September. Together, the regions make up about 15% of Ukrainian territory.

Ukraine’s foreign minister Dmytro Kuleba has dismissed the plans, saying: “The Russians can do whatever they want. It will not change anything.”

The UK Ministry of Defence said the referendums were probably “driven by fears of imminent Ukrainian attack and an expectation of greater security after formally becoming part of Russia”.

President Putin’s speech is pretty much in line with the paranoia that we’ve seen from him.

I asked him a question at the annual press conference before Christmas and he talked all about how the West was trying to attack Russia, and he’s still got that same persecution complex in his mind – it’s always ‘it’s not us, it’s them’.

Russia sent troops into Ukraine, but as far as Putin is concerned, the message he wants to give his people is ‘we were forced to do this – it’s not really Ukraine’s fault either, it’s just the West using Ukraine to attack us’.

It’s as though Vladimir Putin is living in this alternative reality where he believes the West is out to destroy Russia.

He said that very explicitly in this speech at the start of the war. He said leaders in Washington, London, and Brussels had plans to move military action from Ukraine to Russian territory and absolutely annihilate Russia, and this is his justification to his people for doing what he’s doing.

Sometimes you wonder if this is an elaborate ruse to convince them that what he’s doing is necessary or whether he actually believes it; and I do believe that he does believe it, and a large proportion of his people believe it.

Reserve call-up an ‘admission of failure’

UK Defence Secretary Ben Wallace said the president’s call-up of reserves had broken one of his own promises and was an “admission that his invasion is failing”.

He tweeted that the president had “sent tens of thousands” of Russians to their death and “no amount of threats and propaganda can hide the fact that Ukraine is winning this war”.

Russia’s defence minister Sergei Shoigu said today that 5,937 troops had been killed in the war – only the second time the country has given such an update. 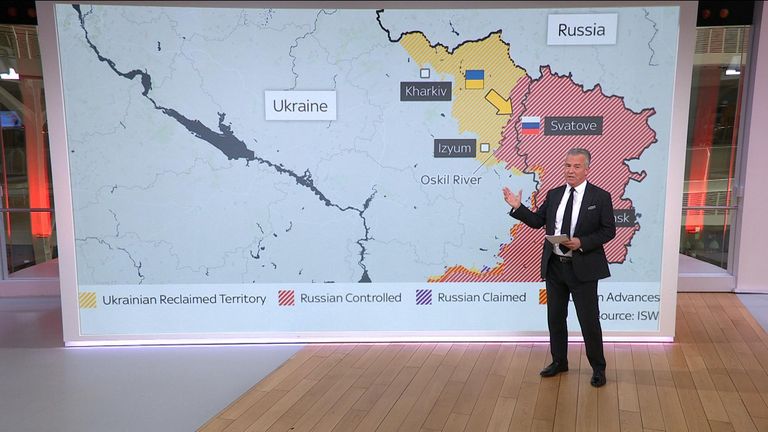 Read more:
What nuclear weapons does Russia have and what damage could they cause?
Is Ukraine getting the upper hand in the arms race with Russia?
Why Ukraine’s southern offensive is more difficult than northern blitzkrieg

In his speech, President Putin again called Ukrainian forces “neo-Nazis” and accused them of carrying out “acts of terror”.

“This is obviously an escalation,” she said.

Dutch Prime Minister Mark Rutte said the mobilisation of reservists and the referendums were “a sign of panic” from Mr Putin.

“His rhetoric on nuclear weapons is something we have heard many times before, and it leaves us cold,” added Mr Rutte.

“It is all part of the rhetoric we know. I would advise to remain calm.”

Tesla shares dip after third-quarter production and deliveries report
Georgia Senator introduces bill that would allow Hyundai, other automakers to qualify for EV tax credit
See what’s happening in towns on front line as Russia forces ‘staged’ votes
Which young NBA players are on the rise? 10 breakout candidates for 2022-23
Serial killer may be on loose in California after police link spate of shootings