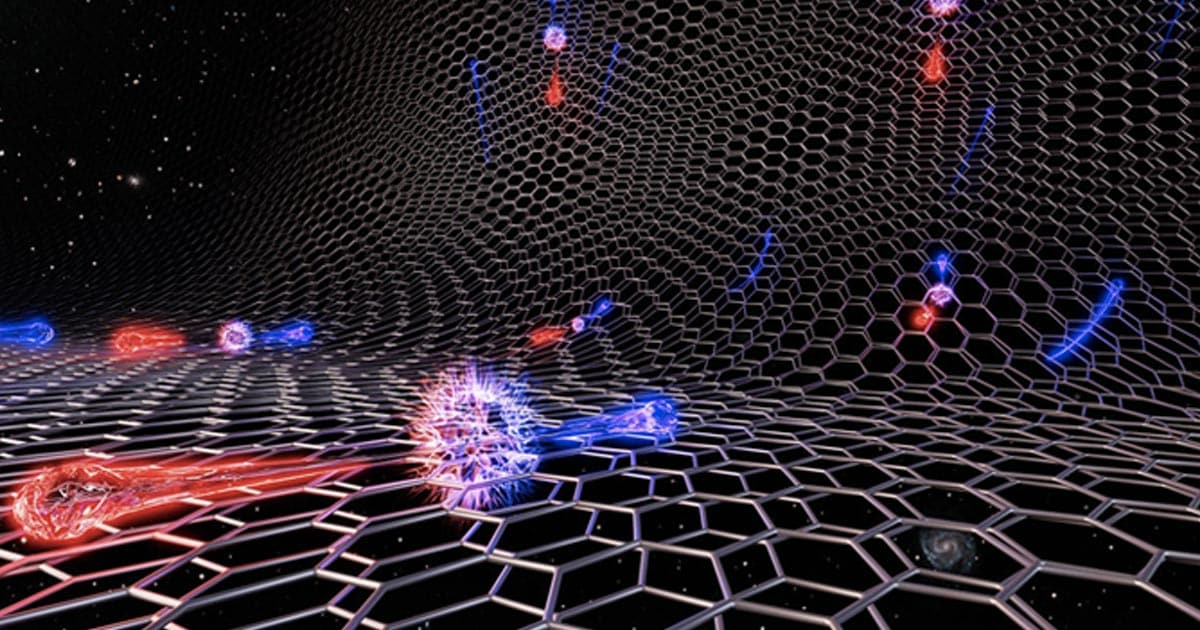 A team of scientists has announced a surprising discovery – that they were able to create matter out of nothing. The experiment was carried out in January 2022, in which strong electric fields were created in a simple laboratory leveraging the unique properties of grapheme, which enabled the creation of particle-antiparticle pair from nothing at all, according to a report in Big Think. However, it is to be noted that according to laws of physics, there is no truly empty space. Even in the absence of particles, there are quantum fields.

According to Big Think, the latest experiment proved that a theory shared 70 years ago was correct. Julian Schwinger, one of the founders of quantum field theory, had proposed that the Universe can make something from nothing.

Schwinger effect is a theory that predicted a phenomenon whereby matter is created by a strong electric field. The predictive model comes from quantum electrodynamics (QED) in which electron-positron pairs are spontaneously created in the presence of an electric field.

The latest experiment by researchers at University of Manchester will help scientists understand how the Universe is able to create something from nothing. The interest in the phenomenon started when researchers started studying the Big Bang theory, which led to the creation of the universe as we know it.

This is the first time that Schwinger effect has been observed in a laboratory setting. Till now, all the theories said that it can only take place in high-energy regions like black holes and neutron stars.

On Earth, very strong electric fields are created at laser facilities, but even with the strongest of these, creation of matter was never successfully achieved.

This article was originally published by Gadgets360.com. Read the original article here.