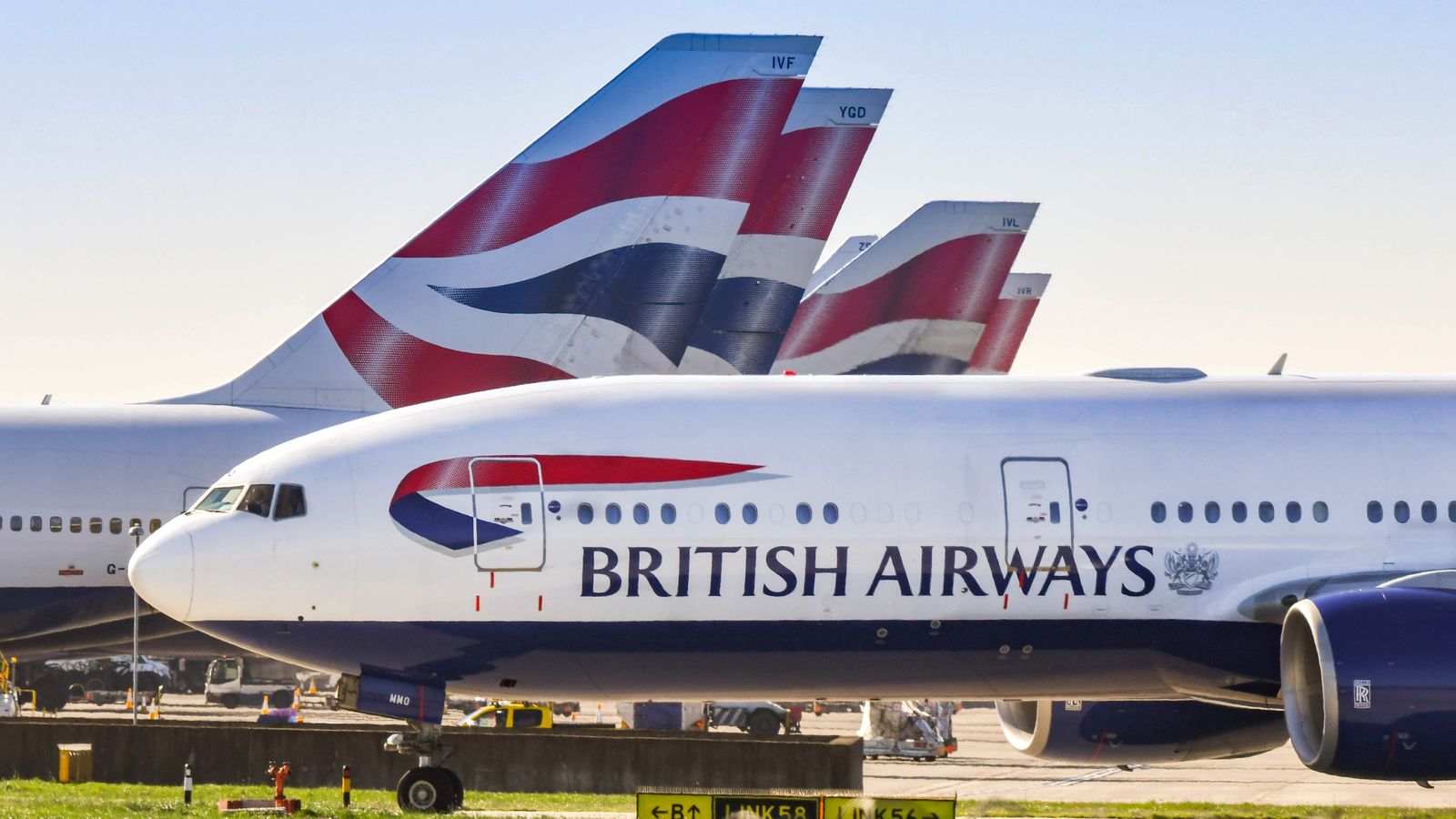 British Airways (BA) workers have suspended a strike that had been planned at Heathrow during the school summer holidays after receiving a “vastly improved” pay offer from the airline.

After extensive negotiations, the Unite and GMB unions said an agreement was reached and members involved in the dispute would now vote on the proposed offer.

More than 700 check-in staff and ground-handling agents had voted for industrial action, seeking to reverse a 10% pay cut imposed during the pandemic when global lockdowns grounded flights.

The airline had previously offered a 10% one-off bonus, but not a return to the same pay as before.

Details of BA’s new offer were not disclosed.

Nadine Houghton, GMB National Officer, said: “All our members were asking for was what they were owed. British Airways finally moving on pay is long overdue.

“It is very clear that workers organising and threatening industrial action is what has delivered.

“All our members – who are predominantly low paid women – wanted was to be given back the pay cuts BA imposed on them during the pandemic, threatening them with fire and rehire if they said no.”

“Unite has repeatedly warned that pay disputes at BA were inevitable unless the company took our members’ legitimate grievances seriously,” she said.

“I pay tribute to, and stand with, our members who have fought hard to protect their pay.”

Unite regional officer Russ Ball said: “I want to salute the solidarity and bravery of our members, who, through acting in unity, have ensured that a vastly improved offer has been made.”

There were fears that the strikes would have pushed the airline to cancel even more flights after cuts of 10,300 were announced yesterday, impacting services until the end of October.

BA has already scrapped 13% of its scheduled flights this summer.

Airlines have until Friday to cancel flights without risk of penalty – including the loss of take-off and landing slots – when a government amnesty is due to expire.