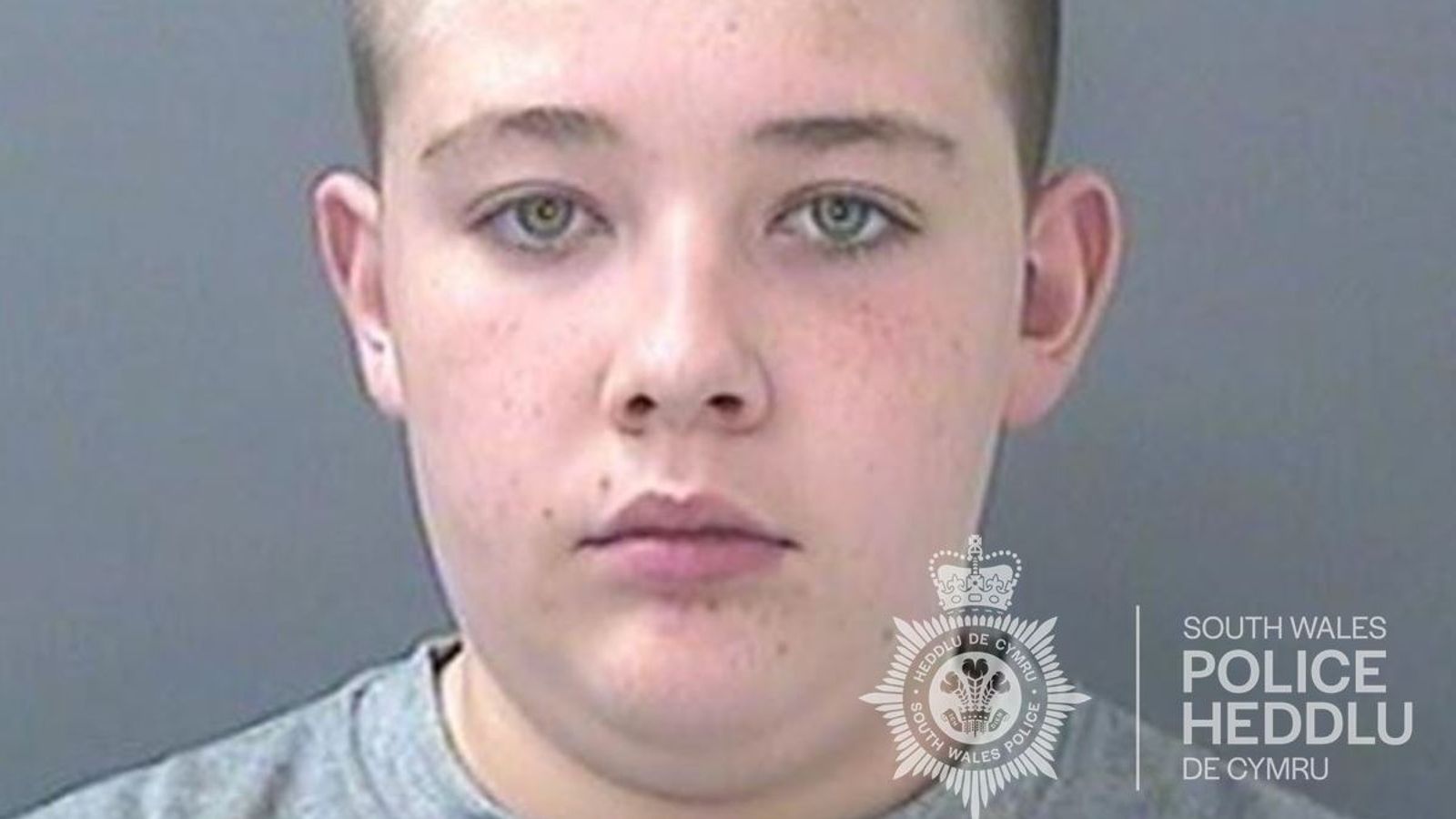 A 14-year-old sentenced to life in prison for murdering five-year-old Logan Mwangi has been named as Craig Mulligan.

It is common for children in criminal cases not to be named, but a judge at Cardiff Crown Court has decided to lift an anonymity order in this instance.

Earlier, Mulligan, along with Logan’s mother and stepfather, was sentenced to life in prison.

The teenager, who was 13 when he took part in the murder, has been described as a “monster” who made repeated threats to kill Logan.

In submissions to the court, a foster family he was placed with said he made their lives a “living hell” and they became “terrified” of him.

In the course of a few weeks with them he made repeated threats to kill them – as well as injuring their daughter, the foster mother and their dog, they said.

Concerns became heightened when he asked two young girls if they wanted to play a “murder game” and told them they would have to get inside black bin bags.

While he apparently spoke fondly of his stepfather, stepmother and youngest sibling, they said he spoke of wanting to “kill the five-year-old” (Logan).

Mulligan was a “monster” who had a “desire for violence”, they told the court.

Logan’s mother, Angharad Williamson, 31, and her partner, 40-year-old John Cole, petitioned the family courts for custody of Mulligan. They won their case on 26 July 2021 and he went to live with them.

Logan’s body was discovered in the River Ogmore in Bridgend just five days later on 31 July 2021, only 250 metres from his home.

Mrs Justice Jefford lifted the order made under Section 45 of the Youth Justice Criminal Evidence Act to allow the youth to be publicly identified.

“I have come to the conclusion, having considered the submissions this morning, that I should lift the reporting restriction in this matter,” she said.

Logan’s body was discovered in the River Ogmore in Bridgend on 31 July 2021, just 250 metres from his home.

A trial at Cardiff Crown Court heard he had suffered 56 external cuts and bruises as well as “catastrophic” internal injuries.

He was wearing mismatched pyjamas and was said to have undergone a “brutal and sustained assault”.

Logan’s injuries were described as similar to victims of high-speed crashes or people who had fallen from a height.

His mother Angharad Williamson, 31, was told she would spend at least 28 years behind bars, while her 40-year-old partner John Cole will serve a minimum of 29 years.

Mulligan will be detained for at least 15 years.

Passing sentence, Mrs Justice Jefford described the concealment of Logan’s body in the river as “heartless”, “calculated and orchestrated”.

The judge said: “You are responsible for Logan’s death and all the anguish that has followed from it.

“Because he was killed in his own home, it is not possible to be sure what has happened to him.”

The judge said Logan was just 3ft 5in tall before his death – and he weighed only 3st 1lb.

“Inflicting these injuries on a small, defenceless five-year-old is nothing short of horrific,” she said.