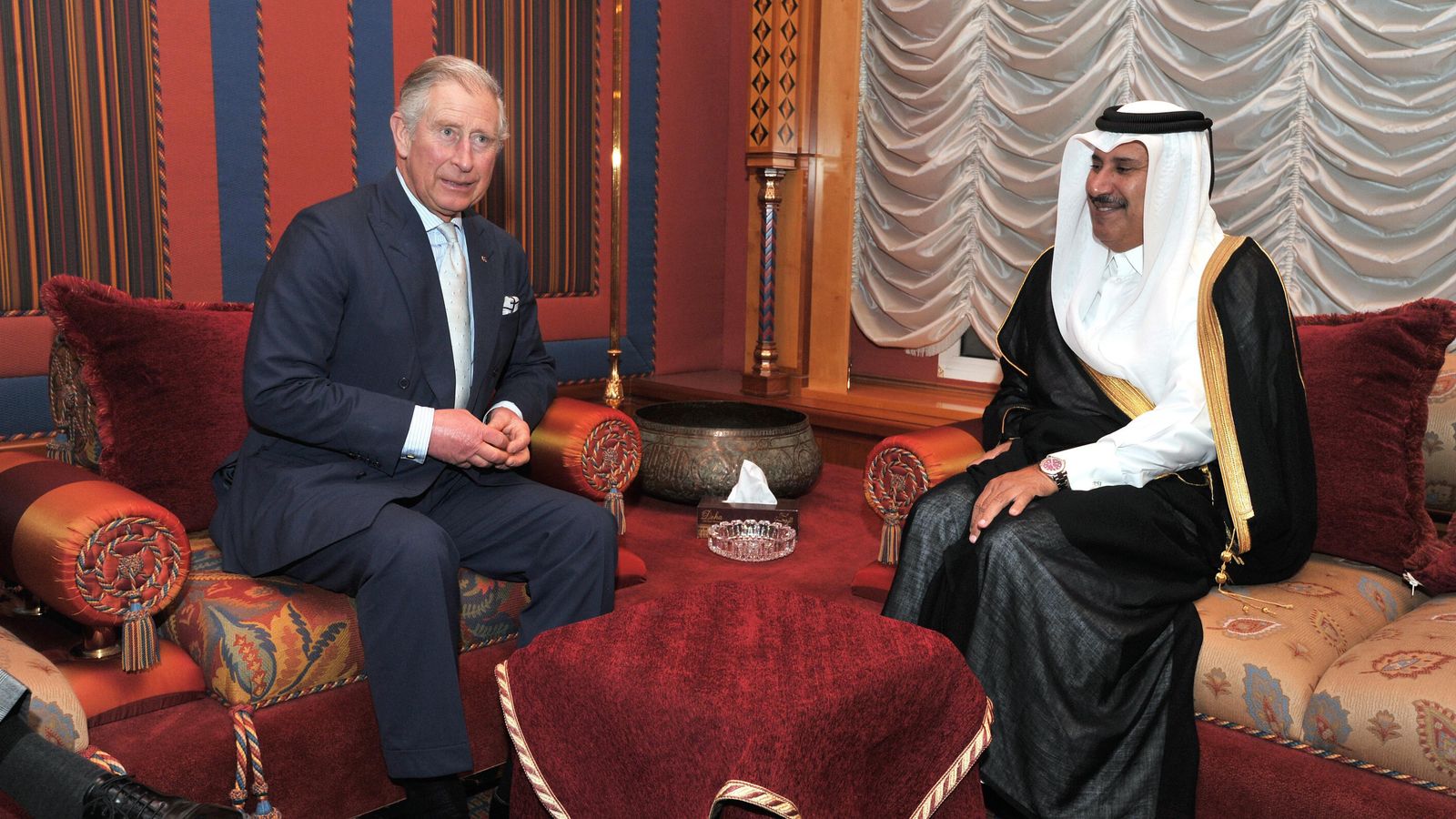 The Prince of Wales accepting bags of cash for his charity “would not happen again”, a senior palace source has said.

For the first time, one of Prince Charles’s senior aides has responded in detail to the reports that emerged at the weekend that between 2011 and 2015 the prince was handed €3m in cash stuffed into bags by a Qatari sheikh for his charitable foundation.

Speaking about the allegations in The Sunday Times, the aide said: “As we said over the weekend, it was passed immediately to his charities, and it was his charities who decided to accept the money.

“That is a decision for them, and they did so and as they confirmed it followed all of the right processes, the auditors looked at it.”

They added: “The Prince of Wales operates on advice. Situations, contexts change over the years.

“For more than half a decade, with the situation as it has evolved, this has not happened – and it would not happen again. That was then, this is now, and they are not the same.”

The three lots of money, which totalled €3m, were handed to the prince personally between 2011 and 2015 by Qatar’s former prime minister Sheikh Hamad bin Jassim bin Jaber Al Thani, known as HBJ.

It is claimed that on one occasion, he presented the prince with €1m reportedly stuffed into carrier bags from Fortnum & Mason, the luxury food store that has a royal charter to provide the Royal Family with groceries.

Clarence House insists all ­correct processes were followed over the donations. The cash payments were deposited into the accounts of the Prince of Wales’s Charitable Fund (PWCF), an entity that bankrolls the prince’s private projects and his country estate in Scotland, it added.

Campaign group Republic had demanded full disclosure over the matter, describing the events as “shocking” and saying it raised “serious questions about Charles’s judgment” amid other cash for honours accusations.

The senior palace aide went on to stress the Charity Commission has not opened an investigation. On Monday, the charity watchdog did say it was aware of the reports about donations and is looking into the matter.

It said: “We will review the information to determine whether there is any role for the Commission in this matter.”

Charities are allowed to accept donations in cash, and there is no suggestion anything about the payments was illegal.

In February, the Metropolitan Police launched an investigation into an alleged cash for honours scandal after Charles and his former close confidant, Michael Fawcett, were reported over the claims.

Mr Fawcett was accused of promising to help secure a knighthood and British citizenship for a Saudi billionaire donor linked to another of Charles’s charities, the Prince’s Foundation.

Clarence House said the prince had “no knowledge” of the alleged cash for honours scandal.

Today the Prince of Wales was asked about the latest reports during an engagement in Edinburgh but didn’t answer.

He was in the city to preview a sculpture dedicated to NHS workers who contributed during the pandemic at the Royal College of Surgeons of Edinburgh.

Last month, he was announced as their new patron, succeeding his father, the Duke of Edinburgh.