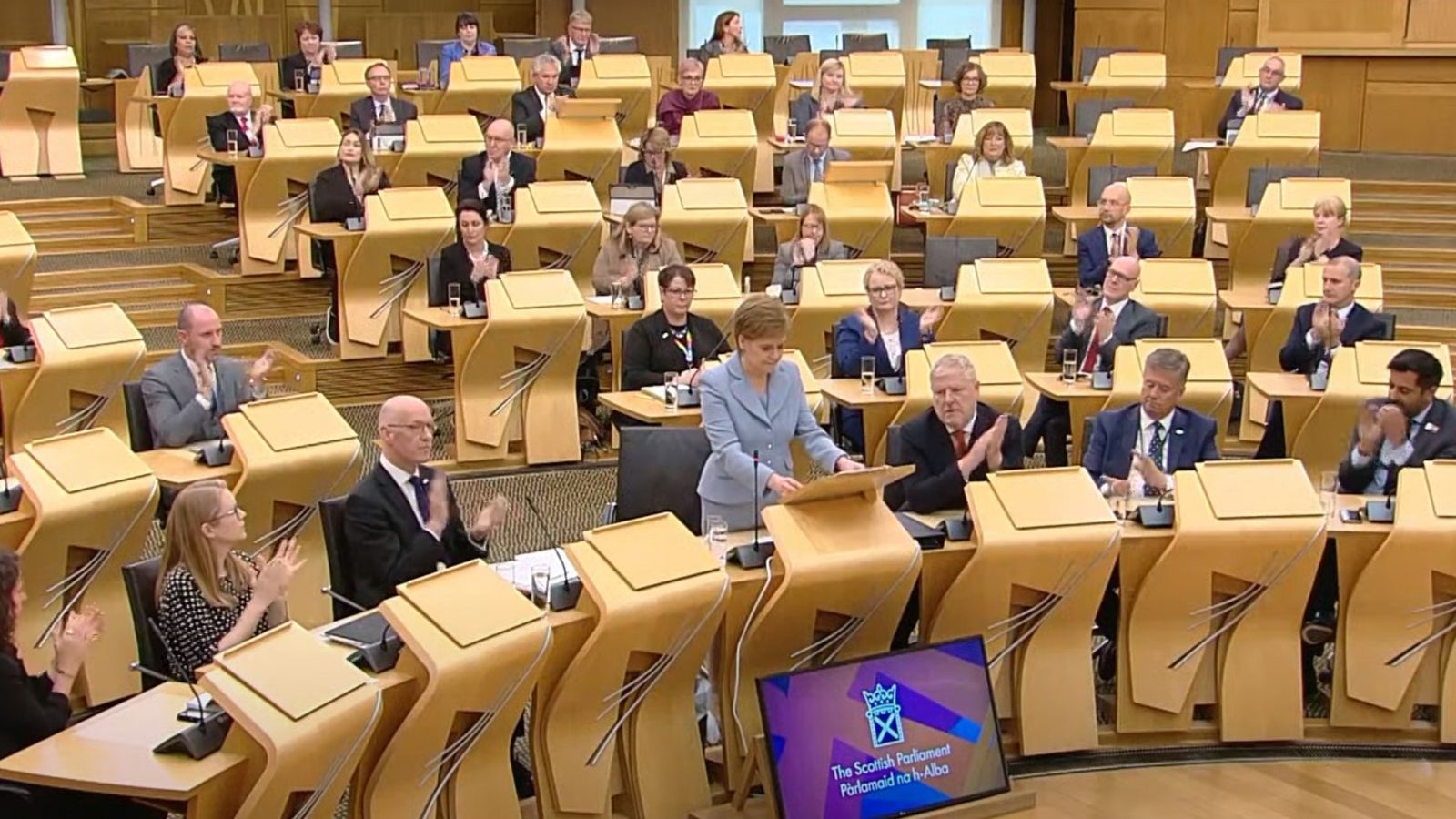 Nicola Sturgeon has set the date for a proposed “consultative referendum” next year on Scottish independence.

To cheers and applause in the devolved parliament in Holyrood, the first minister said legislation will lay out plans for a vote to take place on 19 October 2023.

It will ask the question: “Should Scotland be an independent country?”

The Scottish first minister said the devolved government had a “clear mandate” to go for another vote – after independence was rejected in a previous poll in 2014.

But she acknowledged potential legal challenges and said papers were being filed with the Supreme Court to seek to establish the lawfulness of her plans.

Ms Sturgeon said she was “ready and willing” to negotiate with the Westminster government on the terms of holding the referendum.