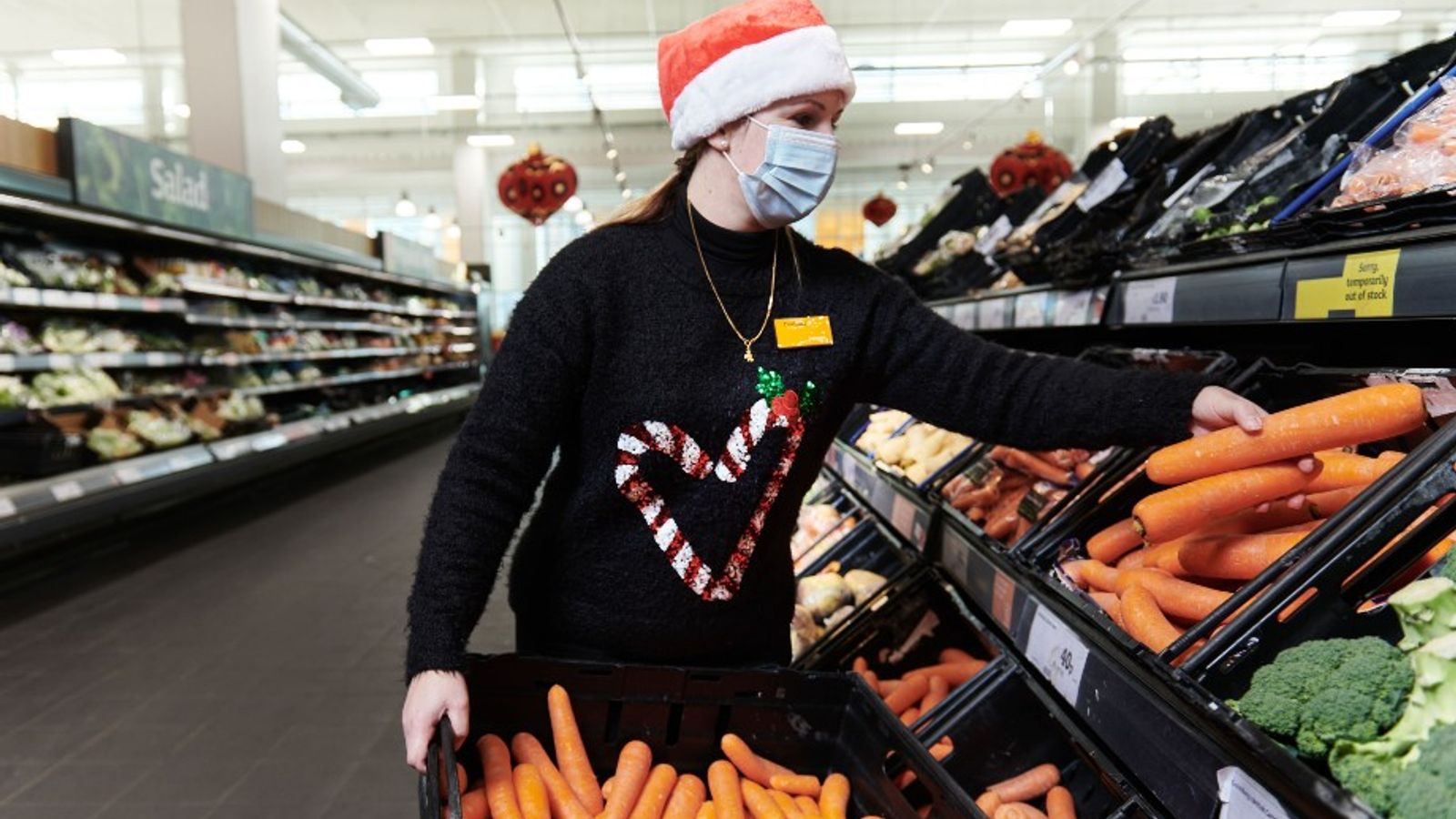 One of the biggest names in UK retail has raised its annual profit expectations despite a fall in sales during its core Christmas trading period.

Sainsbury’s, the UK’s second-largest supermarket chain by market share, reported grocery-led sales growth for the festive season covering the six weeks to 8 January when compared to the same pre-pandemic period in 2019/20.

However, the picture was less rosy on a year-on-year basis as total retail sales came in 2.9% down on 2020/21 though its core food and drink offering saw growth of 0.1%.

Nevertheless, the group – which includes Argos – said it now expected to report underlying profit before tax of at least £720m for its financial year to March 2022. That sum is more than double the £356m it made in its last 12-month period.

The revised figure was up from the £660m it forecast last July.

It said of the revision: “Our expectations for full year profits are ahead of previous guidance, with investment in the customer proposition and higher operating cost inflation offset by structural cost savings and stronger than expected grocery volumes, driven in part by increased in-home grocery consumption.”

The company added that full price clothing sales were up 38% versus two years ago – and 2% higher on 2021/2021 thanks to reduced markdowns and promotions.

Argos sales were more than 9% down in the wider third quarter compared to the same period last year while the supermarket chain’s general merchandise performance was 20% lower.

Its performance does not compare favourably to those of discounters Aldi and Lidl who both reported surging sales over their respective Christmas seasons.

However, neither of the discount chains provide data on comparable sales covering existing sites so much of their growth may have come from new store openings.

Both have pledged to have the lowest prices this year as shoppers’ budgets come under severe pressure from energy bill-led inflation – already at a decade high.

It represents another price challenge to the established chains which are all desperate to maintain their market shares.

Sainsbury’s said it was now matching Aldi prices on 150 of its highest volume fresh food products and putting over 2,000 lines into a Price Lock promise so customers can be certain they are getting great value.

Chief executive of Sainsbury’s, Simon Roberts, told investors: “I am really pleased with how we delivered for customers this Christmas.

“More people ate at home and our significant investment in value, innovation and service led to market share growth.”

Ross Hindle, analyst at Third Bridge, said: “Despite many expecting the discounters to flourish in the face of food inflation pressures, our experts don’t expect Sainsbury’s to be easily caught out.”

He added: “December’s trading was particularly strong for UK supermarkets, with home working translating into home eating and fewer consumers dining out as Omicron swept the country.

“There is now plenty of evidence to suggest the UK’s grocery renaissance is here to stay. Sainsbury’s should be able to hold on to its gains thanks to its loyal customer base and innovation around product lines, however it would be remiss not to highlight the threat the discounters and rapid-delivery grocers pose, particularly to Sainsbury’s.”

Fish Out of Water: Scientists Teach Goldfish How to Drive Robotic Car to Study Navigational Abilities
Who will take a step back and who will take a step forward in 2022 on the PGA Tour?
Judge asks why Trump was silent during riot
Arrest in unsolved case of British family and cyclist shot dead in French Alps in 2012
‘Lived life with a twinkle in her eye’: Ronnie Spector dies after ‘brief battle’ with cancer