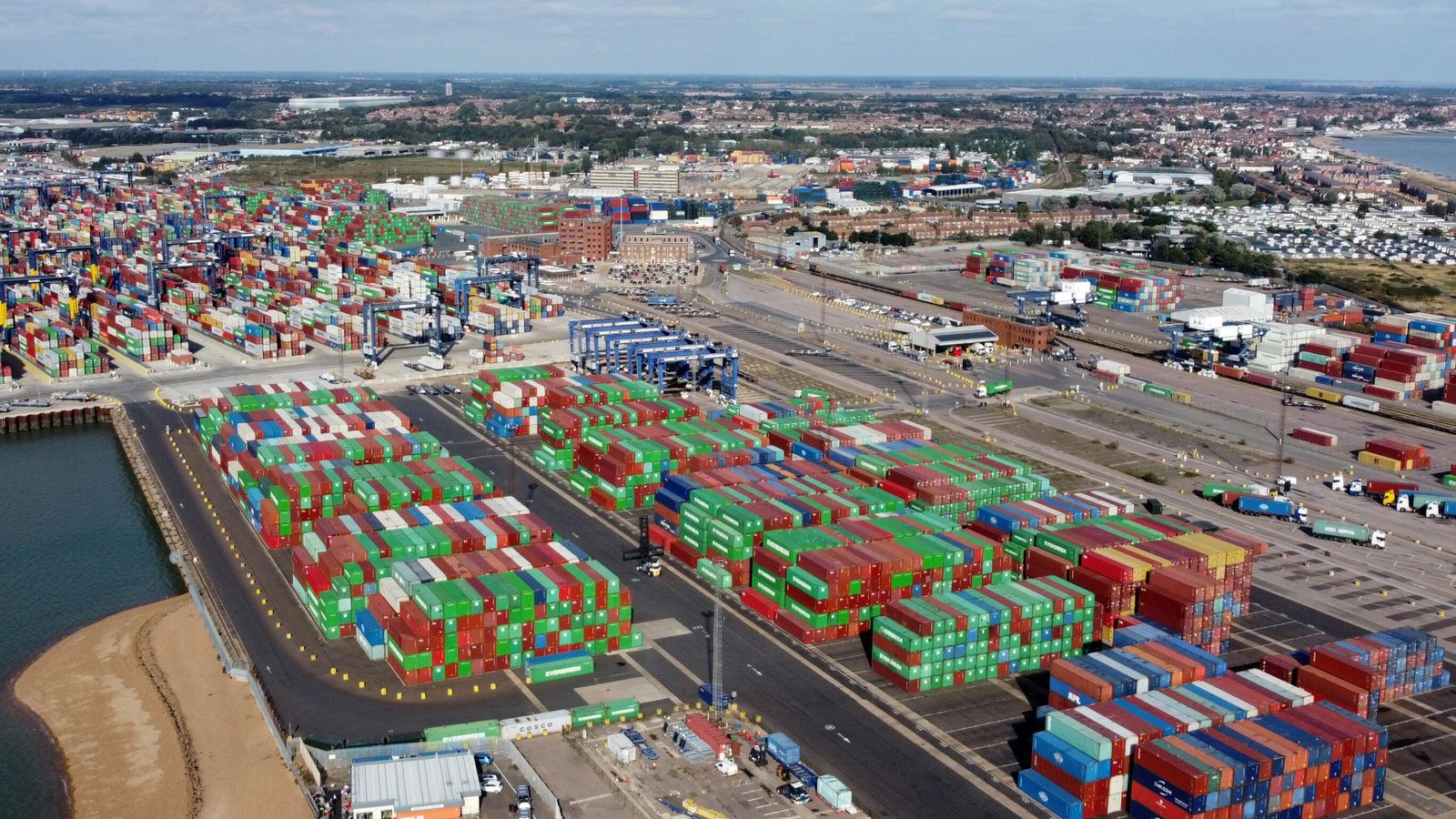 A global shipping services firm has told Sky News it could be another “18 months” before the industry weathers the sea of challenges causing massive disruption to the supply chain.

James Gundy, the chief executive of Braemar Shipping Services, warned that container bottlenecks around the world were only part of the problem and only going to get worse in the run-up to Christmas.

He said its Cory Brothers freight agency operation at Felixstowe was working “flat out” to ease congestion and keep goods flowing as the UK’s largest port encounters renewed difficulties in managing the situation.

However, Mr Gundy said the issue was particularly acute outside the UK with some “13% of all container vessels sitting outside various ports – predominantly China and LA”, he told Ian King Live, despite LA being allowed to operate 24/7 as of last week.

President Biden has announced that two of the country’s busiest ports can operate around the clock, to ease a backlog in the supply chain.

“They [Cory Brothers] don’t see any kind of ease up until Chinese New Year in February, that won’t filter in ’til March, so we’ve got another good six months to go before we start seeing any easement on the container side… Other markets as well… are in a real congestion situation.

“What the average person is not hearing is the fact there are crew problems with ships, there are COVID cases, docks get quarantined.

“It all just gets knocked on all the way through so I can’t see a real let up for another 18 months probably.”

The crisis is a consequence of demand outstripping supply as economies continue to reopen and restock after more than a year-and-a-half of coronavirus pandemic disruption.

The HGV driver shortage – particularly acute in the UK in the wake of Brexit – has been blamed for adding to the distribution woes as containers have stacked up with recent delays of up to 10 days in completing deliveries from Felixstowe. 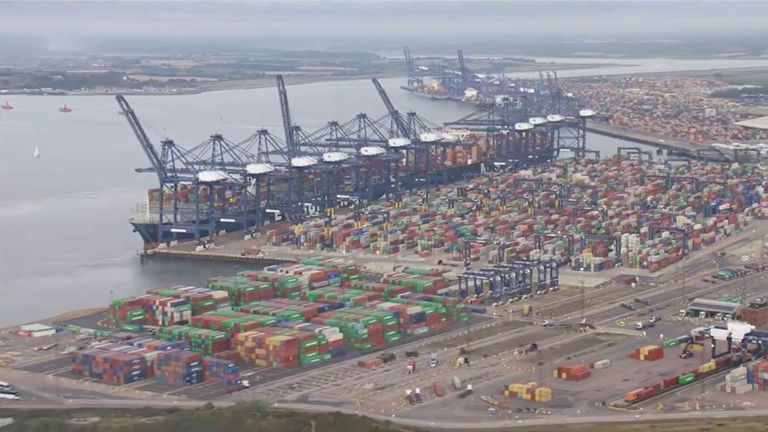 Mr Gundy said a shortage of vessels to carry containers had also contributed to record shipping prices – costs that are set to be passed on through the supply chain.

The governor of the Bank of England Andrew Bailey has given his strongest hint yet that UK interest rates will rise by the end of the year despite seeing the bulk of the price problems as “transitory” – short-term and a consequence of the reopening of the global economy.

He told a panel discussion on Sunday the Bank would “have to act” on the risk of medium term inflation.

The Bank has already forecast that the main consumer prices measure of inflation will exceed 4% by the year’s end with rising energy costs tipped to only force that measure up.

‘Unerring sense of integrity and honour’: Tributes paid to Bob Dole who has died aged 98
Tesla releases new footage of auto labeling tool for its self-driving effort
Some Omicron cases have ‘mild’ symptoms and experts should know more about transmission ‘within days’ – WHO
Parents of Michigan school shooting suspect arrested after going missing
Scientists Build First Living Robots Called Xenobots That Can Reproduce