Meanwhile, Kate French became only the second Briton to win a gold medal for Team GB in the modern pentathlon. 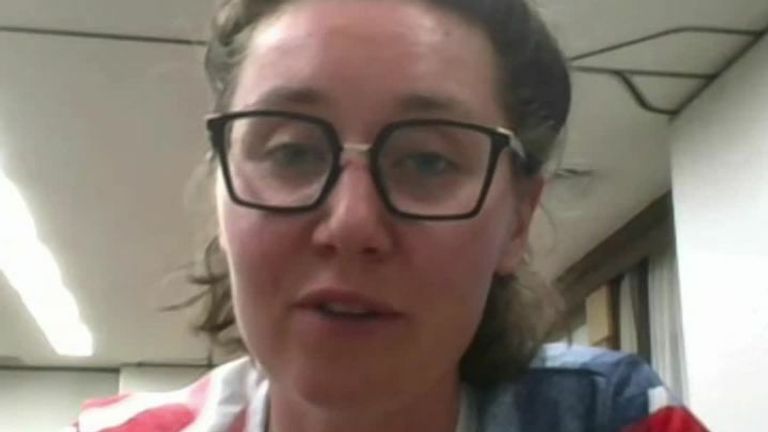 There were impressive silver medals for Laura Muir in the women’s 1,500-metres final and Chijindu Ujah, Zharnel Hughes, Richard Kilty and Nethaneel Mitchell-Blake in the men’s 4×100-metres relay.

It is also Archibald’s second Olympic gold and third medal in total.

Kenny, asked what it felt like to be become the first female British Olympian to win a gold medal at three successive Olympic Games, told the BBC: “It’s unbelievable. I am just so glad.

“I have never wanted to win a race so badly in my life. It was giving me fears like never before. But we went and did it.”

The women’s madison event sees pairs of riders from 15 nations rack up points through sprints, while covering 30km in 120 laps of the velodrome.

Kenny and Archibald won 10 of the 12 sprints – including the double points for the last lap – to finish with 78 points, more than twice the tally of second-placed Denmark on 35.

Speaking about winning her second Olympic title, Archibald said: “I’ve been dreaming about this. I’ve never wanted something so much and I’ve never been so nervous. But we’ve been clinical in our approach.

“I’d like to thank our coach Monica [Greenwood]. None of this would have happened without Monica. She overhauled our approach to this event.”

Muir, 28, smashed a personal best, running three minutes 54.50 – a new British record to take the silver medal behind Kenya’s Faith Kipyegon, who stormed the final stretch to win the race.

She said: “I don’t know what to say – I’ve worked so hard for so long.

“I’ve been fourth, fifth twice, sixth and seventh every year since 2015 and with everything last year being postponed and not knowing what was going on – I got a silver!”

Meanwhile, French had solid performances in the showjumping and fencing portions of the modern pentathlon but went into first position when she won the final event – the laser run – with a strong lead.

The 30-year-old from Kent told the BBC: “I actually don’t know what just happened – I can’t believe it right now.

“I just knew I had to focus, and I knew I could do it if I focused on my shooting and ran as fast as I could.

“Thanks to my team supporting here and to my family at home. I couldn’t have done it without them.”

Team GB were beaten by Italy in the men’s 4×100-metres relay by the narrowest of margins of 0.01 seconds.

Philip told the BBC: “I know our changeover [Philip to Lansiquot] wasn’t the best but we really worked hard as a team. It wasn’t our best run or a clear run but we got a medal and that’s what counts.”

Lansiquot added: “I’m very sorry to my granny and my dad, everyone watching probably had a heart attack.

Dina Asher-Smith’s individual Olympic dreams were revived by her bronze in the women’s event after they were wrecked by a hamstring injury earlier in the week.

The 24-year-old Scot adds this medal to the silver he won in the team event earlier this week.

Elsewhere, Team GB won a bronze medal in women’s hockey with a 4-3 win against India.

Laura Unsworth, 33, has made history to become the first British hockey player to win three Olympic medals after being part of the team who won bronze in London, gold in Rio and now bronze in Tokyo.

Meanwhile, in the boxing ring, Team GB’s Lauren Price is guaranteed at least a silver medal after reaching the women’s middleweight final with a win against Nouchka Fontijn of the Netherlands.

And Tom Daley is through to the semi-finals of the individual 10-metre diving.