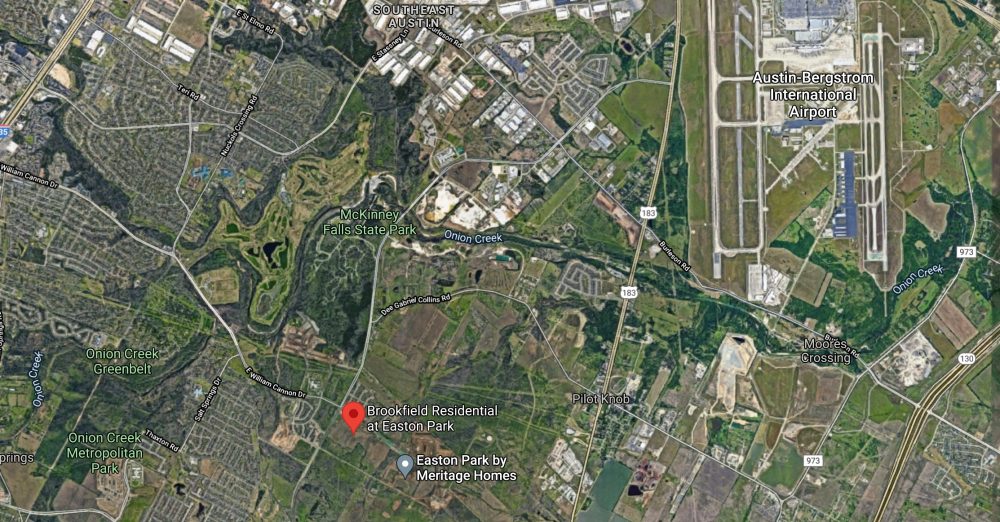 Tesla has signed what could be described as a breakthrough deal to deploy solar roofs and Powerwalls on a “large scale” in a new community being built by Brookfield Asset Management and Dacra in Austin.

With the launch of the Tesla Solar Roof Tiles, the company has not only been trying to address the market of existing houses in need of a new roof, but it also wanted to expand to the new home market.

Developments on that front have been slow, but Tesla has appeared to be making breakthroughs recently.

Now, Tesla Energy, the automaker’s energy division, has reached an even greater deal with Brookfield and Dacra, two large real estate companies, to develop a new “large-scale” community with Tesla solar roofs and Powerwalls in all new homes:

While the companies didn’t release the number of targeted new homes, the project appears to be a significant development for Tesla Energy entering the new home market.

Tesla CEO Elon Musk even commented on the announcement:

“Neighborhood solar installations across all housing types will reshape how people live. Brookfield and Dacra’s commitment to stay at the vanguard of that evolution is what makes them the right collaborator for Tesla Energy. The feedback we get from the solar and battery products used in this community will impact how we develop and launch new products.”

The community is located in Austin, Texas, near the local international airport:

They confirmed that the first phase of installations already started last month, and they are starting with Tesla Solar Roof tiles V3 and Powerwall 2 home battery packs.

“This initiative brings together multiple parts of our organization with innovative and forward-thinking partners that share a commitment to advance the development of sustainable communities. As consumers increasingly seek out energy security alongside sustainable places to live, combining Tesla’s solar technology together with Brookfield’s real estate and renewables development capabilities will help us meet demand for environmentally responsible communities of the future.”

Tesla recently ran into some issues in the deployment of its solar roof tiles, which ended up receiving an important price increase.

But the automaker still has hopes to accelerate the deployment to 1,000 new roofs per week by the end of the year.

New home projects like this one and the one signed last month could help greatly toward that goal since the installation process is easier and more easily scalable on new homes than on existing homes that need a new roof.