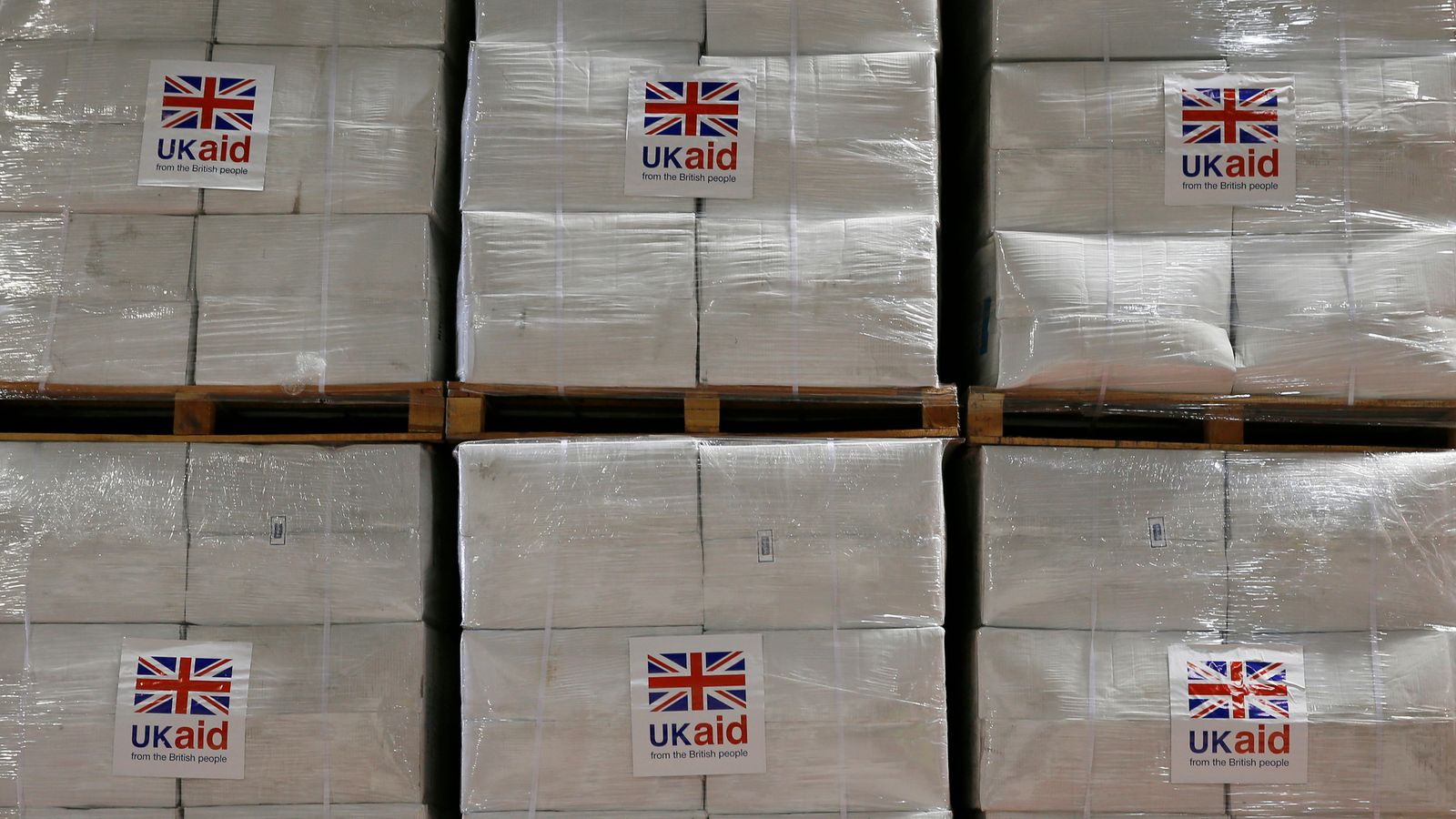 There are growing calls for the government to reverse its plan to slash foreign aid spending, with Bill and Melinda Gates’s organisation among those announcing it will step in to fill the gap.

Labour and the Archbishop of Canterbury intensified their demands for the policy to be changed, saying the move by a consortium of charities underlines the harm caused by the decision.

The Bill and Melinda Gates Foundation, the Children’s Investment Fund Foundation (CIFF), the ELMA Foundation and the Open Society Foundation are pledging £93m to a one-year plan to help replace the cuts in the UK’s aid budget, Sky News understands.

The Sunday Times has reported the funding will target projects tackling preventable diseases and family planning.

Mr Johnson’s government last year confirmed it would breach its own manifesto pledge by reducing “temporarily” to 0.5% from 0.7% the amount of national income spent on foreign aid because of the economic hit caused by the coronavirus pandemic.

Since then, the UK has announced cuts to the UN agency that fights AIDS and HIV – more than 80% – and a former aid minister has said “far more” than 100,000 people will die as a result of them.

More on Archbishop Of Canterbury

The Sunday Times said the plan by the consortium to put forward the shortfall was aimed at embarrassing Prime Minister Boris Johnson.

Labour’s shadow international development secretary Preet Kaur Gill said in a statement: “This is a shameful moment for this Conservative government.

“As low income countries continue to battle against the pandemic, this contribution to try and plug some of the gap left by the government’s slashing of life saving aid programmes is welcome, but it will only be able to prevent the very worst of the damage caused.

“The government’s decision to cut the aid budget, against the wishes of parliament, has already cost lives and they must reverse it or put to a vote as soon as possible.”

The Archbishop of Canterbury, the Most Rev Justin Welby told The Sunday Telegraph: “These diseases cause unimaginable suffering and entirely preventable deaths.

“This emergency funding is welcome and desperately needed, but I continue to pray for the restoration of our promise to those living in extreme poverty around the world: which was to love them as our neighbour through our commitment to the 0.7% aid spending target.”

Former musician and Live Aid organiser Sir Bob Geldof added that it was “disgraceful” that private benefactors needed to step in because of the government’s “abandonment” of those needing aid.

Baroness Sugg, who resigned as a Foreign Office minister in protest at the cuts, added the government “must return to its promise next year to avoid permanently losing the progress made thanks to the generosity of British taxpayers”.

Chief executive officer of the Children’s Investment Fund Foundation Kate Hampton told The Daily Telegraph: “We are stepping in so that when the government returns to its commitments next year as promised, the progress made will not have been lost.”

A group of at least 30 Conservative MPs opposes the government cuts, with other senior figures like Sir John Major also voicing their discontent.

Tonight people will be paid to turn off their appliances – here’s why
‘It’s just terrible’: Californian city reels in aftermath of mass shooting
Politicians are not offering a comprehensive solution on how to fix the NHS
Chancellor’s ‘Britain needs you’ plea to the retired may be a tall order
Weird Alibaba: Get a 3-person electric bike pedicab taxi for under $1,000!